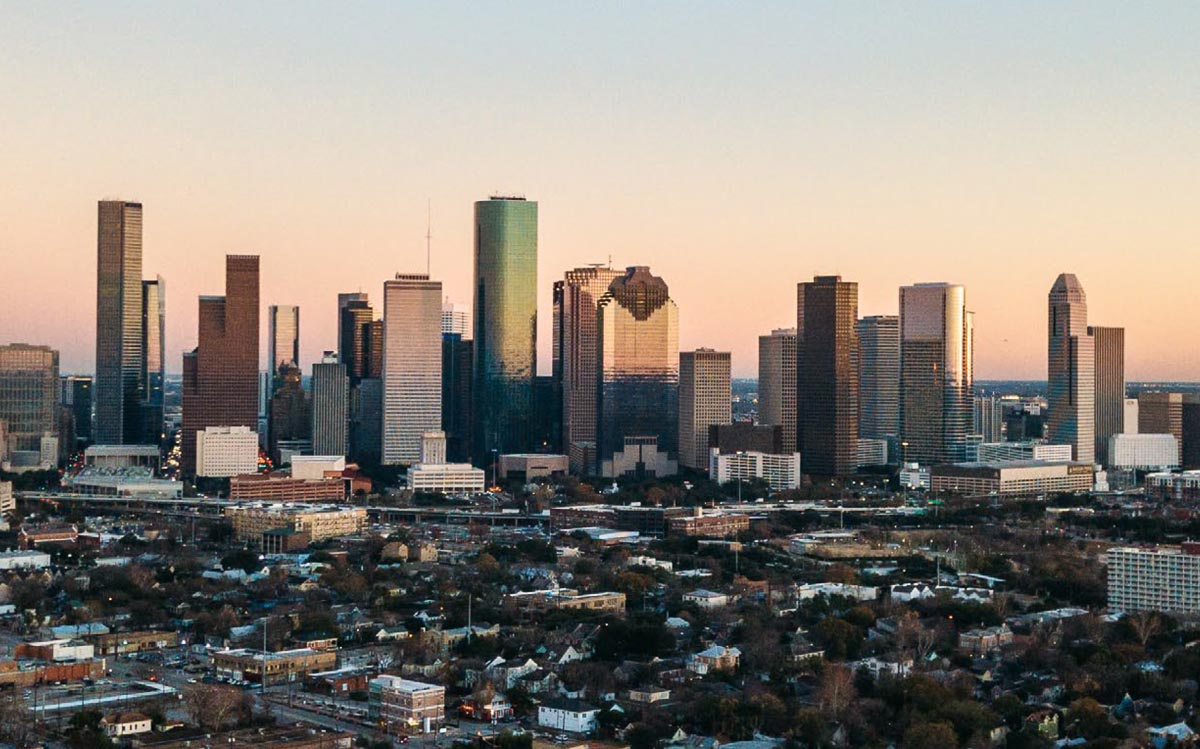 For the past four decades, Rice University’s Kinder Houston Area Survey (KHAS) has been tracking the changing attitudes and beliefs of Harris County residents. The 2021 survey summarizes the most consequential changes and their implications for public policy initiatives going forward.

For the past four decades, Rice University’s Kinder Houston Area Survey (KHAS) has been tracking systematically the continuities and changes in the attitudes and beliefs, opinions, and experiences of Harris County residents. More than 48,000 area residents have been interviewed, and the surveys have revealed important shifts in perspectives during this period of remarkable economic and demographic change.

The 2021 findings suggest that a clear recovery from the yearlong pandemic and economic shutdown is very much on the horizon. When asked about job opportunities in the Houston area, the surveys found only a slight decline in positive assessments despite the economic downturn in recent months. There was a clear drop in the percent of respondents reporting that they were doing better in the past three years, but no decline at all in area residents’ belief that they will be better off three to four years down the road.

Despite that optimistic perspective, this year’s survey underlines in stark terms the deepening economic hardships being experienced in this city, and their close association with the respondents’ ethnic backgrounds. Only the reports of stress and emotional problems seemed to be evenly distributed among Houston’s four major ethnic communities.

This year’s survey provides additional indications of a growing awareness across the board of racial injustice and of the structural barriers that diminish the opportunities to advance in today’s economy. More area residents in this year’s survey than ever before are now convinced that most poor people in the U.S. today are poor because of circumstances they can’t control, and to assert that government has a responsibility to help reduce the inequalities and to do more to solve the country’s problems.

Highlights from the 2021 survey were presented at the 2021 Lunch-Out. Watch a recording of the program here.

The print version of the 2021 Kinder Houston Area Survey is generously underwritten by Bank of America. 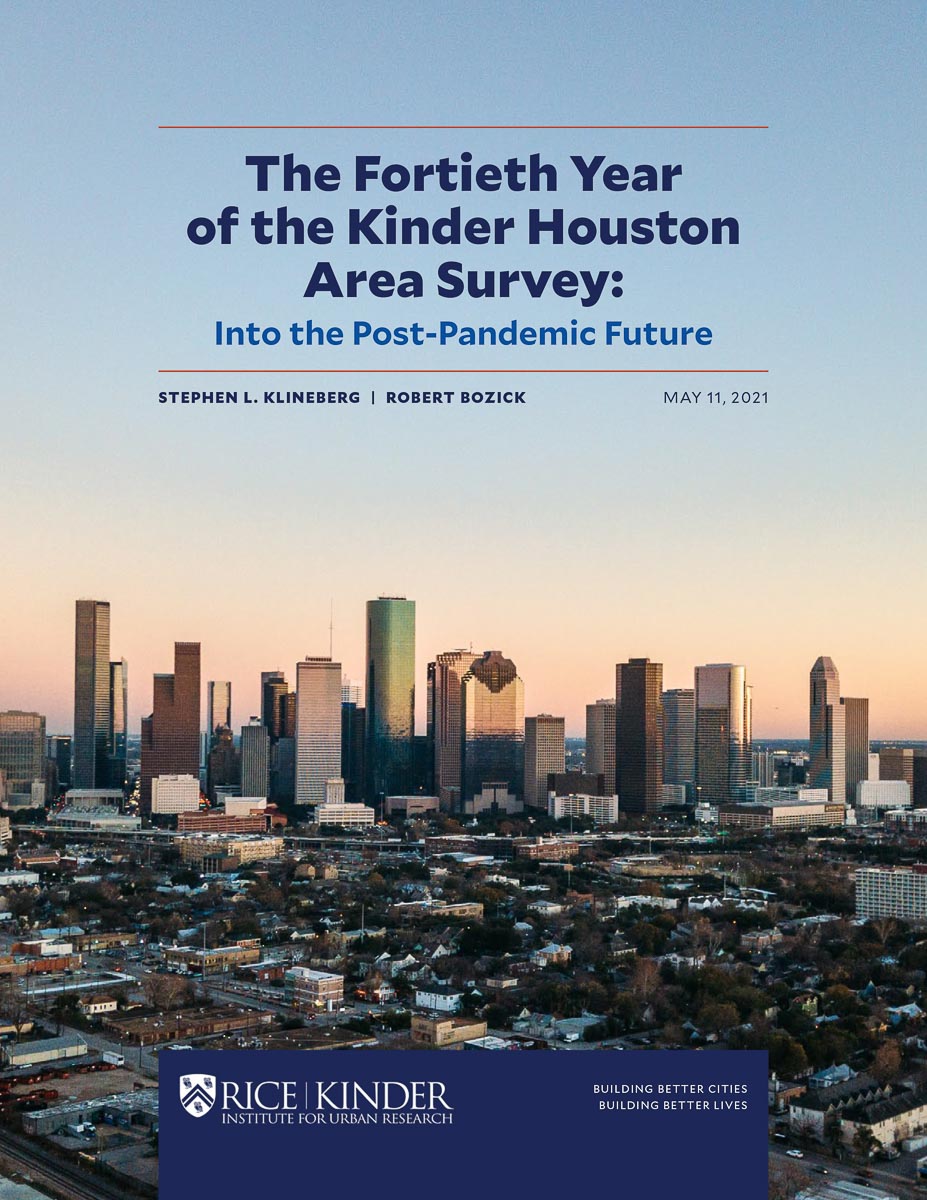 For the past four decades, Rice University’s Kinder Houston Area Survey (KHAS) has been tracking the changing attitudes and beliefs of Harris County residents. The 2021 survey summarizes the most consequential changes and their implications for public policy initiatives going forward.
RELATED EVENT 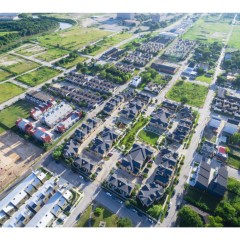 Join the Kinder Institute for Urban Research as it shares findings from its second State of Housing in Harris County and Houston report. 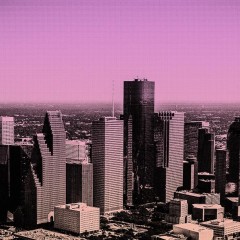 Houston Area Survey: A year marked by recession, recovery, optimism and awareness that inequality is real
RESEARCH :  May. 11, 2021

As the devastating COVID-19 pandemic slowly dissipates, the 2021 Kinder Houston Area Survey results reflect the disproportionate impact it had on Hispanics and African Americans in the Houston area. This year’s survey also shows positive ratings for the economy and changes in attitudes about racial injustice and discrimination against Black residents. 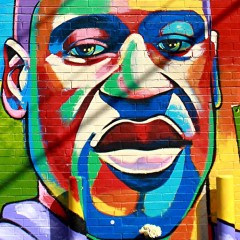 The killing of George Floyd altered views of racial discrimination in Houston
RESEARCH :  May. 12, 2021

The 2021 Kinder Houston Area Survey shows a striking uptick among white and Hispanic residents in their acknowledgment of racial injustice and the discrimination that Black Americans face. 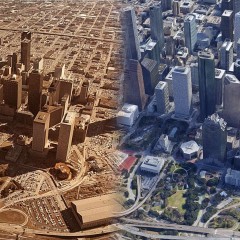 Surveying Houston’s progressive shift through 40 years of data
RESEARCH :  May. 27, 2021

Houston, a quintessentially free-enterprise, anti-government city, is increasingly recognizing the critical role of government in strengthening the safety net, expanding opportunity and building resiliency, according to the Kinder Houston Area Surveys.