More Houston neighborhoods became majority-renter over the past decade

Researchers with RentCafe, owned by the property data firm YardiMatrix, looked at the number of renters and owners in 1,553 ZIP codes with a minimum population of 1,000 in 2011 and 2020 across the 50 largest U.S. cities. They found that over 100 ZIP codes became renter-majority over that period, with four out of every 10 urban ZIP codes dominated by renters in 2020.

Houston was one of two cities where six ZIP codes switched from being homeowner- to renter-majorities over the past decade. (Only Philadelphia had more make the switch, with seven.) These six Houston ZIP codes offer different stories about what is happening in the rental market: three are in densifying high-amenity areas around Uptown and the Inner Loop (77025, 77027 and 77056); one Greenspoint ZIP code (77067) is home to a concentration of foreclosures since the Great Recession; two others (77020, 77031) have household incomes well below the area median.

Broadly speaking, Houston and Harris County have been becoming more renter-dominated, with the city nearing a composition of 60% renter households and the county close to becoming a renter-majority overall—a trend we began tracking with the 2020 State of Housing report.

The RentCafe report suggested that downtowns in particular are driving interest in renting among those who want to live in dense, amenity-rich areas. (Eight of the 20 ZIP codes nationally that increased their share of renters by 85% or more were located in downtowns. Houston’s downtown renter population, for example, more than doubled.) This would explain some of the increases in the Uptown, River Oaks and West University/Medical Center ZIP codes that became renter-majority.

Those increases might be a signal of “renting by choice,” or “lifestyle renting,” a pattern that emerged as more millennials skirted homeownership and more Baby Boomers opted to downsize. Notably, the Kinder Houston Area Survey in 2020 found that half of Houstonians preferred to live in dense, walkable urban areas.

To look at these ZIP codes another way, consider median household incomes—an attribute that RentCafe did not originally include. Three of the top five ZIP codes with the fastest-growing renter populations had incomes well above the metro-area median of about $71,000. This suggests a higher likelihood that many of these renters are higher earners choosing to live in high-amenity areas.

However, nearly every other majority-renter ZIP code in Houston (all but seven) had medians below the metro level. Clearly “renting by choice” is not the narrative that explains all of Houston’s growth in renters, and most renter-majority ZIPs are not exactly walkable urban enclaves (though they arguably should be).

The rise in rental population in some areas could be emblematic of the emergence of investor-owned single-family rentals. For example, one of the new renter-majority ZIPs, 77067 in the Greenspoint area, is also where Kinder researcher Stephen Sherman identified a neighborhood of single-family homes that was the county’s worst-hit by foreclosures, many of which in turn became rental properties. Single-family rentals are becoming more common throughout suburban Harris County as well.

Houston has 39 renter-majority ZIP codes overall, including the six new additions—highlighted below—concentrated along the city’s west and southwest corridors. In most of these ZIP codes, the increase in renters accounted for half or more of their overall population growth.

However, a few of these renter-majority areas are losing renters, which could signal displacement or an increase in owner-occupied housing, such as detached townhomes. For example, 77003, East Downtown, had nearly 25% fewer renters in 2020 than it did in 2011, leaving it with just slightly more than 50% renters. Previous Kinder Institute research has identified this as a gentrifying area, and anyone visiting the area has seen an increase in development and townhome construction. While 77003 saw a decline in renters, neighboring ZIP code 77020, the Fifth Ward area, saw a surge.

More apartments are on the way—Houston built more units than any other metro area by the first half of 2022—but far more housing units are needed, particularly for households earning below the median income. According to the National Low Income Housing Coalition, only 19 affordable homes are available for every 100 extremely low-income households in Houston. That’s the lowest level among Texas metro areas and fewer than the state of Texas overall, with 29 units for every 100.

If supply does not keep up with demand, rents may only continue to increase. (Houston-area rent is up 8% year over year.) Higher rents will continue to squeeze some of Houston’s most vulnerable tenants. Unfortunately, as a recent January Advisors analysis points out, the district boundaries for the justice of the peace courts, which handle evictions, have not changed since 1973. This has led to huge disparities in caseloads. In one case, a precinct had 11 times as many eviction cases as another. That is just one example of how systems can be slow to respond to changes in housing and demographics.

What is not clear from the RentCafe data is the pandemic’s effect on rental patterns, particularly those “choice” renters, some of whom may have opted to secure homeownership while interest rates were low. Of course, now with interest rates rising, renting may continue to be the more viable option for living in Houston.

Who owns the single-family rentals and what do we know about them?
RESEARCH :  Aug. 2, 2021

A lot of the rent houses owned by real estate investment trusts — or REITs — are located in unincorporated parts of Harris County and municipal utility districts (MUDs) that have been hit hardest by foreclosures and flooding. Many of them are connected to local and national homebuilders. 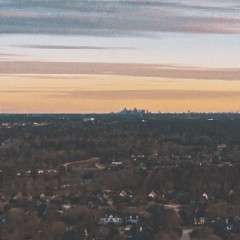 The third annual State of Housing report looks at the pandemic's impact on the local housing market. The report also sets new housing baselines on mortgage loan data, homelessness and other housing indicators.