In the past decade, immigrant populations fueled immense population growth in cities and suburbs in particular, according to a new report by the George W. Bush Institute. In the Houston metropolitan area, the report finds that immigrants are thriving best in Fort Bend County, ranked No. 8 in the country, and Brazoria County, ranked No. 15. Harris County was ranked No. 99.

The report, “Immigrants and Opportunity in American Cities” was authored by J.H. Cullum Clark, director of the Bush Institute-SMU Economic Growth Initiative and an adjunct professor of economics. Clark defines “thriving” through a variety of economic and educational measures in the American Community Survey conducted by the U.S. Census Bureau.

“The massive movement to suburban places is a bit of a surprise,” Clark said. “Fort Bend County gets called out a bit in the report because it is really one of the most diverse places in America. The variety­ of people coming from all over the world is just amazing.”

Clark pointed out that no suburb provides a utopia for immigrants, citing affordability concerns, and a general lack of public transportation and services.

“Fort Bend County and similar places around the United States have a winning formula for being a high-opportunity place in general,” he said. “They’re great places to get ahead, but are not necessarily a great place to be poor. Immigrants are voting with their feet, and going to the places that in some measures might be less welcoming in some official ways.”

The Houston metro remains a popular destination with the seventh-highest immigration rate in the U.S. Clark said a key factor of immigrant communities relocating to suburban areas is a secondary move within the U.S., away from the traditional coastal immigrant enclaves, with the exception of Chicago, such as Los Angeles, Miami, New York City, San Francisco, Seattle and more recently Houston.

“Houston has unequivocally emerged as a large gateway city,” Clark said. “When immigrants make secondary moves in the United States, they're chasing opportunity in very rational ways. People magnetically pull towards places that are good places to pursue opportunity in this country. That is overwhelmingly concentrated in suburban counties in medium-sized to big metropolitan areas. The Houston metro is right at the center of that, but is not alone.”

To encourage an environment for immigrants to thrive, some of the report’s suggestions include resources to assist English learners, pathways to transfer degrees and credentials earned in an immigrant’s country of origin and easily accessible information online — an aspect where Clark gave Houston credit.

“It is typically the big core cities that are the best at the immigrant-targeted welcoming type of measures, which would suggest that that's where you would find the biggest concentration of immigrants,” he said.

Between 2010 and 2020, the foreign-born population in the Houston metro grew by 27.2%, or 355,526 residents, the third-largest total increase in foreign-born population among all metros. On a county level, Fort Bend had the sharpest increase, 70.6%, while Brazoria and Harris Counties had increases of 33.3% and 23.1%, respectively.

“It’s rare that a suburban city that can compete with its neighboring core city on immigrant-targeted welcoming,” Clark said. “On the whole they're not doing it as well, and yet people are flocking in. That's because they are dramatically outperforming their neighboring core city in just being a good place to get ahead in America. They're good places for adults to get educated or their children educated, get a good job, rise up in an occupation, start a business and afford housing.” 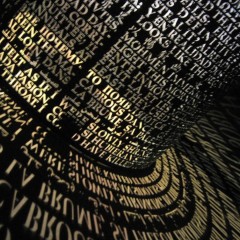 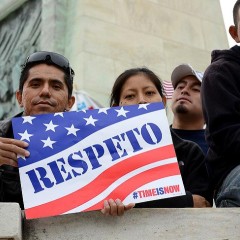 Millennials Driving Increasing Acceptance of Immigrants In Houston
RESEARCH :  May. 1, 2017