Accountability, capacity building and collaboration key to a healthier Settegast 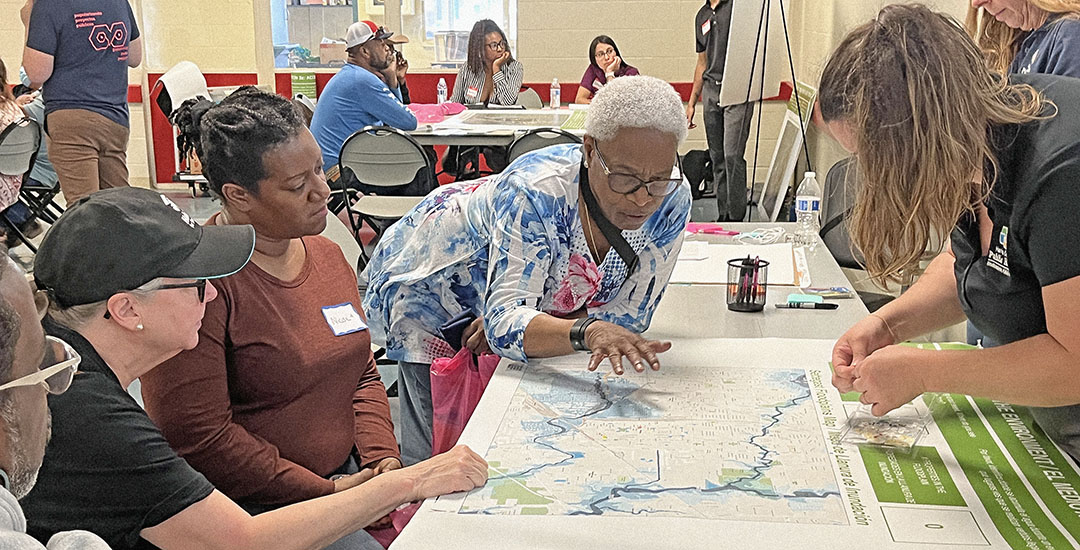 Settegast’s estimated life expectancy of 65.7 years, more than 20 years lower than the highest expectancies in Clear Lake and River Oaks, makes it among the most vulnerable communities in our area. While residents of the historically Black neighborhood in northeast Houston have called out inequities over the course of several decades, those concerns have mostly gone unheeded. But there is hope that change is coming.

In order to address the short-term­ stressors and long-term health risks facing Settegast, the Urban Land Institute’s Houston branch was selected in August 2021 as a grantee for the ULI National’s District Council Partnerships for Health Equity Program. The ULI established the Actions for Health Equity in Settegast, a collaborative community development initiative with support from Harris County Public Health, the Houston Land Bank and the Kinder Institute.

The grant is divided into three six-month phases over the course of 18 months. Phase 1 was focused on partnership building, by establishing relationships, hearing feedback from residents and learning about the community. Phase 2, “Understanding Impacts” included active community engagement, a data walk community workshop, research and other data collection, analysis and mapping. The third and final phase, “Commitments to Action,” is underway.

Kyle Maronie, a public health professional, lived in Settegast during his childhood and returned as an adult. He was brought in to assist on the project several months into the first phase. In a conversation with The Urban Edge, Maronie emphasized that this is a flashpoint moment for Settegast that is gaining momentum.

“A lot of things have to fail for people to be expected to live 20 years less than their counterparts in more affluent neighborhoods in Harris County,” Maronie said. “That number, per the CDC’s U.S. Small-Area Life Expectancy Estimates Project, is jarring.

“There is an opportunity right now, as there was in previous generations in the ‘50s and ‘60s when the community fought for the city to provide sewage lines to this area. This is another moment where there is momentum building that needs to carry on beyond a season, but for a generation.”

The project specifically focuses on the history of housing discrimination and systemic racism that has co­me to define Settegast. Longtime residents are feeling the strain of gentrification and rising rents. They are worried about losing their homes, with average property values in the wider North Forest area rising by 135% in the last four years, according to market analysis maps by the Harris County Appraisal District. Housing in Settegast is majority renter-occupied, and rising property taxes translates to rising rents.

An Urban Edge post by the Kinder Institute’s Luis Guajardo details how Settegast has become geographically isolated from the rest of Houston:

“The neighborhood is sealed off by a series of infrastructure and land-use barriers — bounded by Interstate 610 on the south, Highway 90 on the southeast and a Union Pacific Railroad intermodal terminal on the west. The eastern boundary is adjacent to the McCarty Road Landfill and the Ralston Road Landfill — two of Harris County’s 13 active landfills.”

The issues of housing discrimination and environmental racism­ cannot be addressed without including discussion about Settegast's drainage issues, environmental health risks and severe flooding in crucial thoroughfares. Settegast is not included in 100- and 500-year floodplains, but close to 1,000 properties were damaged by Hurricane Harvey, according to Kinder Institute research.

Residents have pointed to a combination of rampant illegal dumping in the neighborhood’s roadway ditches, malfunctioning drainage infrastructure, local gullies that do not drain properly and the ubiquity of vacant lots that are not maintained. The community has also acknowledged a rise in private trucking businesses that have increased traffic, converted residential property into industrial sites and may have damaged roads and underground utilities.

Settegast residents are also grappling with the precipitous decline of homeownership in the last decade, meaning fewer residents will gain equity from rising property values and gentrification. Displacement may be in store for the rapidly growing share of renters, who are much more vulnerable than homeowners in the redevelopment process.

In short, the people of Settegast need to see quick progress on key issues.

“The environmental challenges feel more nebulous,” Maronie said. “Environmental racism and the preponderance of concrete batch plants — it may be difficult to fully grasp the impacts on health. Immediate wins would look like having an ordinance for ditch maintenance in the community that would immediately alleviate the stress of flooding, having more consistent recycling and trash pick-up and penalizing bad actors who illegally dump in the community that in turn can block the drains. A lot of the community, specifically the African-American community, are older, and they can't maintain their ditches even if it’s their responsibility.”

The primary goal of the Actions for Health Equity in Settegast Project is to develop a community-driven agenda, to be unveiled in January, with steps the real estate development community, Settegast residents, local organizations and local government agencies can take to repair historic injustices and improve health and well-being in Settegast. A core element of the working action agenda is focused on how to leverage the forces of redevelopment to support equitable revitalization, akin to Majora Carter’s approach to reclaiming community, a bottom-up approach to commercial and residential revitalization where neighbors and community members are retained and empowered to flourish.

Many of the concerns in Settegast were raised on Oct. 20 at the Settegast Community Action Plan Workshop at the Hobart Taylor Community Center, where residents, organizations, government officials and developers gathered to reflect on the information that has been generated by the project and began to outline a community action plan.

The key themes discussed at the event were access to goods and services, community organizing and identity, education and employment, the environment and health, housing and land use, mobility, health and safety and parks and recreation. Ideas from experts and residents included job training opportunities, bringing tax preparation and education services, healthier food options and increased law enforcement visibility in public parks and throughout the area - among a variety of other suggestions.

“We have to make people listen,” Maronie said. “Other communities have more physical infrastructure and organizational infrastructure. Settegast doesn't have that yet, but I think there's a nice bubbling of that happening now.”

In September, Houston City Council Member Tarsha Jackson, who represents Settegast, established the Besuccessful Community Capacity Building Initiative. The program will allocate funds to community organizations in the district with the intent of taking on many of the same challenges identified by Actions for Health Equity in Settegast. The few existing community organizations within Settegast are the Settegast Heights Redevelopment Corporation and the New Progressive Civic Club. Both are limited in scope and need connections and resources to properly advocate for the neighborhood. But if Settegast can get more support from programs like Besuccessful and other resources, it might have a fighting chance to thrive. 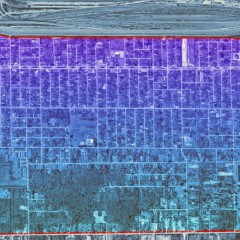 In the past month, new and greater focus has been placed on the need to address economic, environmental, educational and health care inequalities related to race in the U.S. For many years, systemic racism has limited access to housing as well. Here, we take a look at findings from the Kinder Institute’s State of Housing report in the context of Settegast, a historically Black neighborhood in northeast Houston.