In cars, Texans are literally the worst, according to the rankings

About every quarter, the Urban Edge takes a break from its usual in-depth research-focused topics to assess the latest rankings of cities and states—some silly, some serious—and what they might tell us about Houston and Texas and their standing in the wor 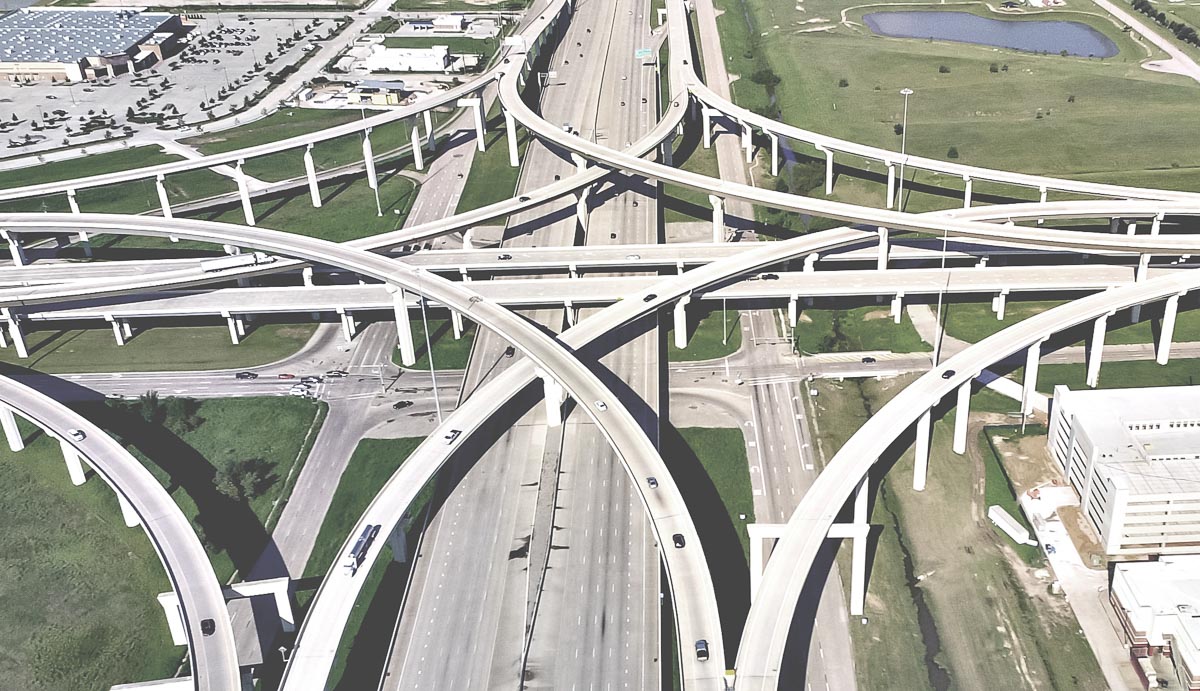 About every quarter, the Urban Edge takes a break from its usual in-depth research-focused topics to assess the latest rankings of cities and states—some silly, some serious—and what they might tell us about Houston and Texas and their standing in the world of urban life. Today, we have to start with the bad news, where Texas is literally the worst.

Texas has tied with New Mexico for first place in a ranking of the worst drivers in the country, according to data compiled by CarInsuranceComparison.com. The site’s researchers aggregated national crash data from 2019 to build their ranking index, drawing on ​​the fatality rate per 100 million vehicle miles traveled (VMT) in the state, as well as indicators of traffic law violations, careless driving, drunk driving, and speeding. Texas had 3,615 car crash fatalities in 2019, with about 80% involving alcohol. (Oddly, despite the state’s abysmal driving record, insurance premiums here are below the national average.)

When the Centers for Disease Control studied the costs of traffic deaths in 2018, it estimated Texas sustained $5 billion in economic effects that year, attributed to medical costs as well as lost wages and other effects. Unfortunately, the situation has only worsened. Last year, Texas lost 4,480 people to car crashes—the highest annual total since 1981.

In March, Texas’ Transportation Commissioner Laura Ryan acknowledged that her agency owns responsibility for making some changes, but also pointed to the avoidable human errors that led to fatalities.

The basic tenets of the “Vision Zero” movement are that all traffic deaths are preventable and no loss of life is acceptable. That said, while we wait for thousands of drivers to make better decisions as a result of the state’s #EndTheStreakTX campaign, policymakers can advocate for changes to systems in ways that save lives, too. Among the CDC’s recommendations for preventing loss of life in Texas are to employ red-light and speed-tracking cameras, adopt graduated driver licensing systems for new drivers, enforce and publicize sobriety checkpoints and require ignition interlocks for all alcohol offenders.

More not-so-great news: Houston is the second-dirtiest city, according to an index of 27 indicators ranging from air quality to the prevalence of cockroach reports compiled by LawnStarter.com.

In particular, Houston ranked high—No. 2 overall—for greenhouse gas emissions per capita, owing to the significant role of car transportation as well as its petrochemical and industrial footprint.

In addition to its pollution-related indicators, Houston also saw unfavorable ratings in the study’s assessment of living conditions (things like overcrowding and pest problems) and mediocre ratings of its infrastructure. Some of this is based on self-selected surveys—not the most rigorous methodology, but perhaps it is not too far off the mark.

We can’t help but note that reducing car travel—a stated goal of city leaders under its Climate Action Plan—would curb greenhouse gas emissions and could also reduce the likelihood of car crashes.

In a more rigorous study, a team of researchers from the University of Colorado and University of Vermont used Twitter sentiment analysis to look at the benefits of parks on mental health. In so doing, they developed a ranking of which city parks had the highest boost on happiness.

The result? Houston is in the middle of the pack for parks with a happiness score near the median. Indianapolis, Austin and Los Angeles led the ranking, which was based on the calculated “happiness benefit” score derived from tweets posted from city parks. The sentiment analysis assigns values to a set of words as leaning positive or negative—for example, “beautiful” is positive, “don’t” is negative—to figure an “average” attitude. The tweets that were analyzed had geolocations at or near urban parks.

Interestingly, the researchers did not find a correlation between the ParkScore—a comprehensive index developed by the Trust for Public Land—and their sentiment score. Indianapolis, for example, had the most favorable tweets but the city has the lowest municipal park spending per capita and one of the lowest ParkScores. Meanwhile, the highest-rated ParkScore cities, such as Washington, D.C., San Francisco, Chicago, New York, and Seattle, had happiness ratings in the middle of the pack—putting Houston in good company. The researchers also found that big parks were most associated with positive sentiments.

Houston is home to some incredible green space but could certainly use more, particularly in low-income areas. Houston can improve its ParkScore and address equity (and increase happiness, apparently) by adding more large parks. To get the ParkScore’s median land area dedicated to parks—15% of the land in city limits—it would need to add the equivalent of more than 10 Memorial Parks.

Nationally, the median income for women was 82% of the median for men in 2019, but it’s a slightly different story for young men and women working in cities, according to a new analysis by the Pew Research Center. In fact, there are 22 metro areas where young women earn as much or more than their male counterparts.

Houston was not among those 22, but it did land at No. 57 out of 250 in terms of parity, with women’s median income at 95% that of men—$31,562 to $33,374, to be exact. Houston was among 107 metros where the gender parity was in the 90% to 99% range. According to Pew’s analysis, these 107 metros account for almost half (47%) of all young working women in 2019. The 22 cities with the best parity account for another 16% of young working women, which means close to two-thirds of all women under 30 in the workforce are in cities with pretty good gender pay equity. Notably, New York and Los Angeles had 100% equity; Chicago had 94%. (See a full list of metro areas on the Pew spreadsheet here.)

Having gender pay parity early in workers’ careers is important, because it’s well understood that the wage gap tends to expand as workers age, with men earning more and women earning less.

On a national level, young women’s median earnings are 93% of young men’s. Regionally, cities in the south and west have 95% parity, while the Northeast has 94% and the Midwest has 90%. This study looks at full-time, year-round workers, which is a subset of the labor force but does allow for apples-to-apples comparisons of two workers in similar positions across gender. 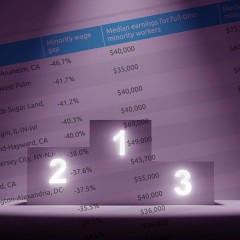 Posts about where Houston and other Texas metros are ranked on lists of best and worst places for you-name-it routinely perform well on this blog. These lists range from happiest and safest cities to best cities for staycations, foodies and working from home. Today, we’re kicking off a new feature focused on rankings and Houston’s place on them.