Is A Walkable Houston Possible?

Advocates say yes, but Houston has some significant challenges to face. 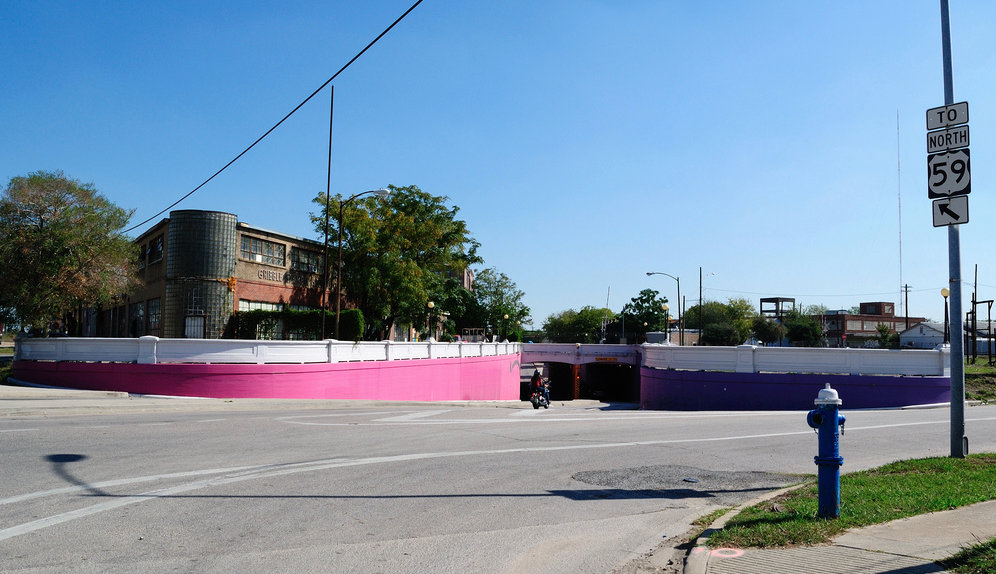 Advocates say yes, but Houston has some significant challenges to face.

If you've spent any amount of time in Houston, there's a good chance you've been to the Original Ninfa's on Navigation in the East End. Known for its fajitas, Ninfa's sits along a redone stretch of Navigation Boulevard, which, thanks to a $5 million federal grant has all the bells and whistles of walkability; benches, solar-powered pedestrian lighting and bike racks.

But walk just a block away from Ninfa's, said Veronica Chapa Gorczynski, the new head of the East End Management District, and the limits of Houston's walkability can be clearly seen. "The sidewalk ends in the middle of the block," she said at a Kinder Institute panel on walkability Wednesday evening.

A hot topic in the planning world, walkability is something the City of Houston has begun to take more seriously recently but, said Margaret Wallace Brown, deputy director for the city's planning and development department, "it's a slow process" without an easy application to a sprawling city that encompasses a wide variety of neighborhoods.

Since 2013, the city's Complete Streets executive order has required the city's planning and public works departments to prioritize "public roadways that take into account all users, including people who are driving or riding in cars, using mass transit, riding bikes, walking, using wheelchairs, driving or riding in trucks, driving or being transported by emergency vehicles, and being served at their residence or property by other users." But as most Houstonians can testify, this vision has yet to be carried out in most places.

Part of that is the legacy of an attitude in the 80s, codified by the city, that shied away from density and prioritized car traffic. "The concern was how do we make our city feel more open and more suburban," said Wallace Brown. Things like minimum parking requirements -- and no maximum limit -- as well as an ongoing conflict with CenterPoint over the placement of utility poles that disrupt sidewalk space for users, particularly for people in wheelchairs or pushing strollers, continue to hamper what Wallace Brown said was the planning department's commitment to walkability.

Then there's the sheer size of the city and the wide variation of densities and neighborhoods across it. While some areas, like Gulfton and Montrose have densities comparable to East Coast cities, the overall trend in Harris County since 1985 has been single family home construction, according to a Kinder Institute analysis. "We're looking for context-sensitive ideas," said Wallace Brown.

The city's Walkable Places Committee is specifically examining relevant city ordinances for potential changes as well as how to encourage walkability in specific places. But already, the six-month old committee, which includes members of the planning commission, has hit a snag, said Wallace Brown; "Are we identifying specific places or are we saying we should be doing this citywide?"

As the city wrestles with this question, other groups, including management districts and Metro, have taken up the challenge as well. As Metro prepares to craft its latest long-range plans through a series of public meetings, it's also analyzing first- and last-mile connectivity along some of its bus routes. "This is not a one-agency deal," said Priya Zachariah, manager for Metro's regional and long range planning.

"For Metro's perspective," said Zachariah, "it is partnership. There are things we cannot do alone; we need the city, we need the management districts, we need the developers."

Without the sort of zoning that most other major cities rely on to guide development, Houston is often at the mercy of developers. A member of the Walkable Places Committee and a Kinder Institute advisory board member, George Levan said creating walkability in some of his Midtown development projects meant getting variances from the city to lower the number of required parking spots.

But Wallace Brown said, even though the planning commission "more often than not" grants such requests, many developers "don't want to take that risk" at all.

With developers and management districts often defining walkability in Houston, conversations about equity, health and affordability can sometimes come after the economic benefits of density and pedestrian-friendly development.

That would be a mistake, said Chapa Gorczynski. When her management district did its own survey of the community whose household median income is relatively low compared to other Houston neighborhoods, it found that nearly a third of East End residents walked or took transit as their primary way to get around, underscoring the importance of safe, comfortable, well-connected spaces for communities that sometimes get over-looked in conversations about bike lanes and transit-oriented development. Research has also shown that across the country, low-income communities and communities of color have higher rates of pedestrian fatalities.