A major, federally led infrastructure strategy is vital to meeting the nation’s challenges. A new Kinder Institute report shows that to be truly responsive to the needs of America’s cities and regions, a bottom-up consultation process with regional and lo

The Kinder Institute has released a new report and an interactive map that paint a picture of the infrastructure priorities as identified by local and regional leaders across the nation.

A major, federally led infrastructure strategy is vital to meeting the nation’s challenges. A new Kinder Institute report shows that to be truly responsive to the needs of America’s cities and regions, a bottom-up consultation process with regional and local leaders and a focus on three priorities will be necessary.

After a long period of neglect, the Biden Administration is likely to place great emphasis on infrastructure. Clearly, an infrastructure package is necessary — both as an economic stimulus and to help the U.S. maintain its global competitiveness.

But more than that, the infrastructure package can help address some of the nation’s major challenges — including coronavirus pandemic recovery, concerns about racial inequity, bridging the divide between prosperous urban areas and struggling rural areas, climate change and the digital divide. As Adie Tomer and others at the Brookings Institution have pointed out, each of these challenges has “an inextricable relationship with our physical infrastructure systems.” There is no silver bullet, but for all these issues, infrastructure is part of the answer.

To be effective, however, a new infrastructure plan must take a new approach. Too often U.S. infrastructure policy has taken a top-down approach, with the federal government dictating what will be built, based on inside-the-Beltway lobbying. But, in reality, the American economy is a network of regional and metropolitan economies. Cities and metropolitan areas are the true engines of American prosperity, and generate most of the economic output and most of the jobs. And they are economically connected to small towns and rural areas when they are part of the same mega-region. To meet the challenges listed above, the next American infrastructure strategy must include a market-based, bottom-up component that is responsive to the needs on the ground in cities, metros and regions.

Today, the Kinder Institute is releasing a major report — along with an interactive map — that paints a picture of the infrastructure priorities identified by local and regional leaders across the nation. Our conclusions provide an important set of guideposts about local and regional priorities that the Biden Administration should consider in crafting a national infrastructure strategy.

In late 2020, the Kinder Institute and Henry Cisneros conducted a major survey of infrastructure priorities in 100 metropolitan areas and 134 cities in the U.S. Among other things, we asked for:

1. The top five infrastructure priorities, and
2. Infrastructure projects that rose to the top of the priority list because of the COVID-19 pandemic.

After transportation, public facilities (33% of all projects) were identified most frequently as the priority infrastructure projects. Investment in public facilities is necessary in older cities and regions with obsolete facilities and in newer regions with rapid population growth — such investment proved to be an effective stimulus in the New Deal ear. Local and regional governments also require major technology upgrades to enhance the delivery of more-effective public services. In particular, the pandemic highlighted the need for health facilities and parks.

Investment in water and wastewater infrastructure (15.5% of all projects) can help secure clean water for the nation in the long term, as well as address emerging issues associated with climate change, including the increasing problem of extreme weather events, whether they involve too much water (storms and floods) or too little (droughts). A half-century ago, the federal government played a critical role in financing water and wastewater facilities. Renewing that commitment today would accelerate progress in localities around the nation and help give disenfranchised communities access to clean and safe drinking water.

Some 70% of energy projects (10% of all projects, mostly at the regional level) are located in rural areas, where they create opportunities for investment and can help eliminate urban/rural disparities in regional employment and economic development. Renewable energy projects make up 53% of the energy projects identified in this study, which indicates that local and regional leaders recognize renewables are both cost-competitive and critical to reducing greenhouse gas emissions.

Even before the pandemic, communications infrastructure (5% of all projects) — mostly broadband projects — were an important priority for local and regional officials. But the coronavirus revealed major gaps in equitable access to communications systems in both rural areas and underserved urban areas. Massive investment in communications will be necessary for education, public safety, medical care and remote employment. They can also help bridge the urban-rural divide.

Based on the Kinder/Cisneros survey, we believe a national infrastructure strategy that is responsive to local and regional needs should focus on three major priorities that will help address all of the challenges America faces today. These three priorities are:

► Climate Resilience: More than 500 of the 1,800 projects in our survey deal with climate resilience in some way, suggesting this is a major priority for cities and regions. Investment in public transit and renewable energy, which can reduce emissions, and clean water facilities, which can help mitigate the impact of climate change, can help build the nation’s resilience in a time of climate change.

► Urban-Rural Connections: Even though our survey was primarily of cities and metropolitan areas, more than 300 of the 1,800 projects — almost 20% — involve rural areas. Many of these infrastructure projects, including broadband, energy and transportation, can help harness the prosperity of metropolitan centers to enhance economic opportunities in rural areas. A national program to advance rural broadband could be as transformative as the New Deal’s rural electrification successes.

Henry G. Cisneros, Chair of Triple I Partners, is the former Mayor of San Antonio and Secretary of the U.S. Department of Housing and Urban Development. He is a fellow of the Kinder Institute.

William Fulton is Director of the Kinder Institute. He is the former Mayor of Ventura, California, and Director of Planning and Economic Development for the City of San Diego. 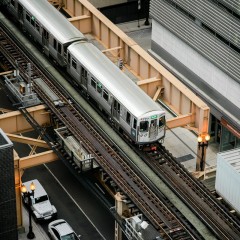 This report identifies infrastructure priorities identified by local and regional leaders around the nation. Conclusions provide an important set of guideposts about priorities the new administration should take into account in crafting a national infrastructure strategy.