Explaining why integration worked, why it was abandoned, and how it can be revived to the benefit of all, "Children of the Dream" offers a radical new perspective on American social policy. Learn more and order a copy of the book here.

Economist Rucker C. Johnson shared how public education is the primary engine of upward mobility. Specifically, he examined the success of three equal opportunity initiatives: school integration, school finance reform and early pre-K access. “These targeted investments more than pay for themselves down the road in less spending on remediation, public assistance, health care and crime, while having the benefits of equity and value and diversity in our communities,” Johnson said.

About "Children of the Dream"

We are frequently told that school integration was a social experiment doomed from the start. But as Rucker C. Johnson demonstrates in "Children of the Dream," it was, in fact, a spectacular achievement. Drawing on longitudinal studies going back to the 1960s, he shows that students who attended integrated and well-funded schools were more successful in life than those who did not—and this held true for children of all races.

Yet as a society we have given up on integration. Since the high point of integration in 1988, we have regressed and segregation again prevails. Contending that integrated, well-funded schools are the primary engine of social mobility, "Children of the Dream" offers a radical new take on social policy.

Rucker C. Johnson is the Chancellor’s Professor of Public Policy in the Goldman School of Public Policy at the University of California, Berkeley, and faculty research associate at the National Bureau of Economic Research. As a labor economist who specializes in the economics of education, Johnson’s work considers the role of poverty and inequality in affecting life chances.

Johnson was one of 35 scholars to receive the prestigious 2017 Andrew Carnegie Fellowship. His research has appeared in leading academic journals, featured in mainstream media outlets, and he has been invited to give policy briefings at the White House and on Capitol Hill. He is the author of the book "Children of the Dream: Why School Integration Works."

Johnson is committed to advance his scholarly agenda of fusing insights from multiple disciplinary perspectives to improve our understanding of the causes, consequences, and remedies of inequality in this country. Johnson earned his Ph.D. in economics at the University of Michigan. At UC-Berkeley (2004-present), he teaches graduate and undergraduate courses in applied econometrics and topical courses in race, poverty & inequality.

The Center for Engaged Research and Collaborative Learning; Office of Diversity and Inclusion and the MultiCultural Center; and the Task Force on Slavery, Segregation, and Racial Injustice at Rice University are program partners.

This program is eligible for 1.25 CM credits from the American Planning Association.

Office of Diversity and Inclusion and the MultiCultural Center 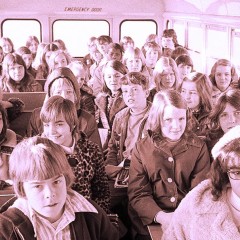 An economist makes the case for school integration
FEATURES :  Oct. 20, 2020

Contrary to popular opinion, efforts to integrate schools in the 1970s and 1980s were overwhelmingly successful, says economist Rucker C. Johnson. Johnson argues that we must renew our commitment to integration for the sake of all Americans.