Roughly one and a half years after George Floyd’s murder and the global protests that followed, local votes affecting local police forces came to the ballot box last week. In Austin, Proposition A would have mandated higher police staffing levels, but it 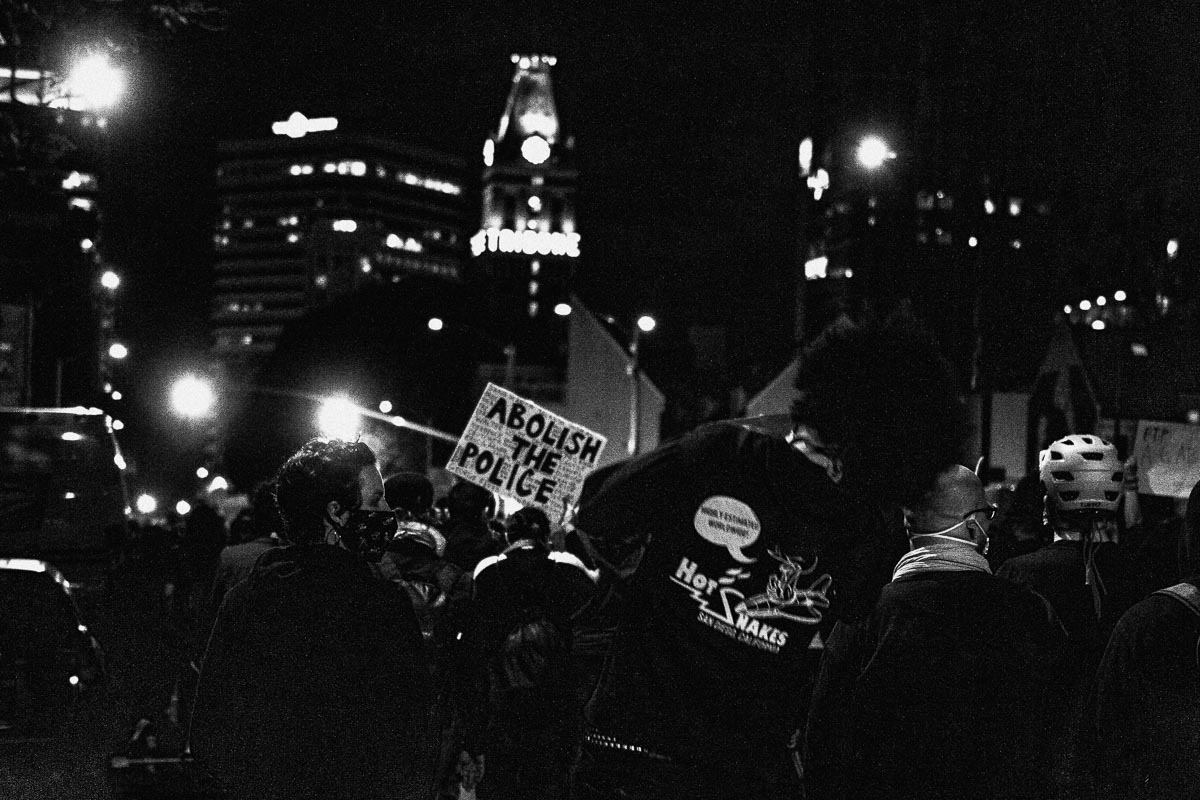 Roughly one and a half years after George Floyd’s murder and the global protests that followed, local votes affecting local police forces came to the ballot box last week. In Austin, Proposition A would have mandated higher police staffing levels, but it failed by a very large margin, with 69% of voters rejecting the measure. Farther north in Minneapolis, a more narrow but still decisive vote rejected the disbandment of the Minneapolis police department (56% opposed).

This Urban Edge post goes into detail about each of these votes and the arguments for and against them, and then asks what these elections (and others nationwide) may teach us about the current state of police reform, abolition, and/or defunding (hint: less than you think).

Austin has had a strange ride since summer of 2020. While last year the city council voted to defund $150 million from the department, cut 150 officers, and cancel three cadet classes, those budget cuts were reversed this year, likely in response to an uptick in crime (more specifically, homicide).

In response to this homicide increase, in May a group called Save Austin Now pushed the Proposition A referendum onto the ballot. Prop A would have legally mandated that Austin staff its police force at a ratio of 2 officers per 1,000 residents, in addition to other measures. Save Austin Now also actively supported the recent anti-panhandling referendum that recently passed in Austin.

Proponents of Prop A law argued that the 2-to-1,000 resident ratio represented a “nationally recognized ‘safe city standard.’” And of course, there is the homicide increase, as the city’s 2021 rate so far is the highest in two decades. This is part of a larger trend: Homicides have increased almost uniformly across the United States, but overall major crimes have decreased. Prop A’s backers and Save Austin Now believed higher police staff levels could help address the problem locally.

Opponents of the referendum forwarded two broad arguments. The "no" arguments seemed to have carried the day even among more conservative parts of Austin, and despite Prop A’s supporters’ PAC outspending their opponents’ PAC by 3-to-1. So the arguments against Prop A may require more explanation.

First, opponents argued that increased police staffing did not necessarily mean less crime. A KUT investigation found no reputable citation for the claim of the "safe city standard" ratio being a best practice. Dallas and Houston have higher police staffing levels than Austin, but also higher homicide rates. Peer-reviewed research on the subject is mixed. Recent extensive research supports the idea that increased police staffing can lower homicides, though it can have unintended negative effects on Black communities and may not work in all cities (as Dallas and Houston’s cases make obvious), because structural factors explain the crime rate more than police levels.

The second argument against Prop A was fiscal. Mandating these policing staffing levels through law would straitjacket Austin’s budget. The Austin Statesman, in its op-ed endorsing a “no” vote on Prop A, largely focused on the fiscal costs. City estimates suggested that Prop A could cost the city $600 million over the next five years, necessitating cuts to other vital social services and layoffs of non-police city employees.

A new state law also put the city’s finances in a difficult position vis-a-vis police funding. House Bill 1900, signed this past May by Gov. Greg Abbott, instituted drastic punishments for large Texas cities that cut police funding, including property tax increase freezes, de-annexation threats, and sales tax confiscation. Therefore, if Prop A passed and then the city discovered the officer staffing costs were unsustainable, local officials could not go back to the status quo ante without a massive punishment from the state. Ironically, House Bill 1900 may have hurt the proposition supporters’ cause.

Moving to north on I-35 to Minneapolis: The city at the epicenter at last year’s protest had a vote that seemed to go the opposite direction than Austin’s. Question 2, as it was written on local ballots, asked voters if they wanted to replace the police department with a department of public safety, and do the requisite city charter amendments to allow this. In the leadup to the vote, the charter amendment issue proved to be constitutionally thorny, and multiple court rulings ruled for and against this referendum’s legality. Ultimately the referendum went up for vote, and it lost.

The arguments for the referendum are pretty transparent to anyone who has followed the George Floyd murder case and its aftermath. His murder represented the culmination of the local community’slongstanding distrust of the police. For example, in the immediate wake of Mr. Floyd’s murder, one city councilor went on social media and explicitly called the MPD a “protection racket.” The rot was apparently so deep, the only solution was to erase the department and start from scratch. In the aftermath of Floyd’s murder, the city council all advocated disbanding the MPD at a public event then quietly walked back on their words. Supporters of Question 2 included Rep. Ilhan Omar and Minnesota Attorney General Keith Ellison, while the PAC supporting the measure outspent its opponent PAC roughly 2-1.

Besides the crime increase (which dominated the narrative), opponents of the referendum cited the referendum’s vagueness. It was unclear, for example, what would happen to the jobs of the former MPD officers (or if their union contracts would protect them), or what the structure of the new public safety department would be. Opponents included both of Minnesota’s senators (who are Democrats), Minneapolis Mayor Jacob Frey, and Democratic Governor Tim Walz. Question 2 also (like Prop A in Austin) was not endorsed by the city’s major newspaper.

The referendum also would have given extensive public safety oversight power to the city council, which appeared to be unpopular with Minneapolis voters. That councilor who called the MPD a protection racket lost his reelection bid. Voters overwhelmingly supported the reelection of their mayor (who opposed Question 2), while supporting a different referendum that strengthened the mayor’s power over city departments at the expense of council control. With this noted, 44% of the city’s voters moved to disband their police department without a clear plan to replace it or find people to answer 911 calls, perhaps evincing the depth of locals’ distrust and distaste.

(On the subject of Minneapolis-St. Paul, and relevant to other Kinder Institute work on affordable housing policy: both Minneapolis and St. Paul voters passed referenda calling for rent control in their cities. St. Paul’s measure is stronger: it caps all annual rent increases at 3%, while Minneapolis’s measure just enables the city to enact future rent controls. Mayor Frey has stated he opposes rent control.)

What to make of this?

Social science researchers have to ask questions about generalizability. Do findings in one context apply to others? Both referenda are by definition local questions, beholden to local contexts.

Though at opposite ends of the I-35 corridor, Austin and Minneapolis have a lot in common. Their politics, culture, and demographics are pretty similar: an almost exactly equal share of voters in each of their home counties voted for President Biden, both cities are about 50% non-Hispanic White, both cities house their state’s flagship public university, and both are growing (though Minneapolis much more slowly). They are places governed by predominantly white progressive coalitions which are marriages between left-leaning professionals and farther-left activists. Such a marriage can show its stress when an issue like defunding police arises. And both cities have had homicide increases, which would seem to drum up popular support for pro-police measures. Thus, the two cities are far more similar to each other rather than the rest of the United States (or to Houston).

These votes appeared to go in opposite directions, suggesting a divergence of viewpoints on the question of defunding, reforming, or abolishing police even within “progressive” cities. However, I would argue that they actually share a common sentiment. In both cases, a lot of the opposition seemed to hinge around the uncertainty of voting “yes.” Prop A left open questions about the future of funding other public services, while Question 2 did not answer questions about the structure and operation of the new public safety department.

Perhaps less than murder or corrupt and abusive police, voters just feared the unknown. One could draw the conclusion that Austinites and Minneapolitans are actually OK with their local bureaucracies. Minneapolis voted to keep its police department, while Austin voted for safer funding for non-police public services in the future. In rejecting these referenda, voters appeared to endorse incremental changes to policing rather than radical leaps into the unknown future.

But that’s all subjective judgment. Austin and Minneapolis are their own universes, and I find it difficult to extrapolate a similar conclusion from the races in New York City, Buffalo, New Jersey, or Virginia, either about policing or the larger political world. In Buffalo they appeared to fear the unknown. In June, 2021, socialist India Walton beat the incumbent mayor Byron Brown in the primary, with a campaign platform that included defunding the police. She later backtracked slightly on this stance. However, last week, Brown beat Walton for the mayor’s seat with write-in votes.

Besides Austin, Minneapolis, and Buffalo, Seattle chose a mayor and district attorney who were less critical of police than their opponents. New York City elected a former cop as mayor.

The one conclusion I can confidently make from last Tuesday is this: Local voters made their choices. And local results from major cities last Tuesday appeared to be bad news for the reform/defund/abolition movement. If supporters of that movement need comfort, a closer look in Austin and Minneapolis shows that it was not sentiment about police that mattered, but more so issues about fiscal or institutional certainty that were specific to each referendum. 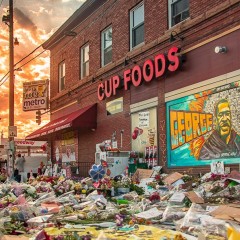 In the 10 months since the killing of George Floyd, has policing in America changed at all? We need to rethink what it means to protect and serve the well-being of citizens.