People are voting with their feet and Texas is winning. But not so much in the rankings.

This year might be the first Thanksgiving in Texas for thousands of new residents who flocked here for lower housing prices and job opportunities. While we'll take that vote of confidence, the Urban Edge revisits its occasional series on city rankings wit 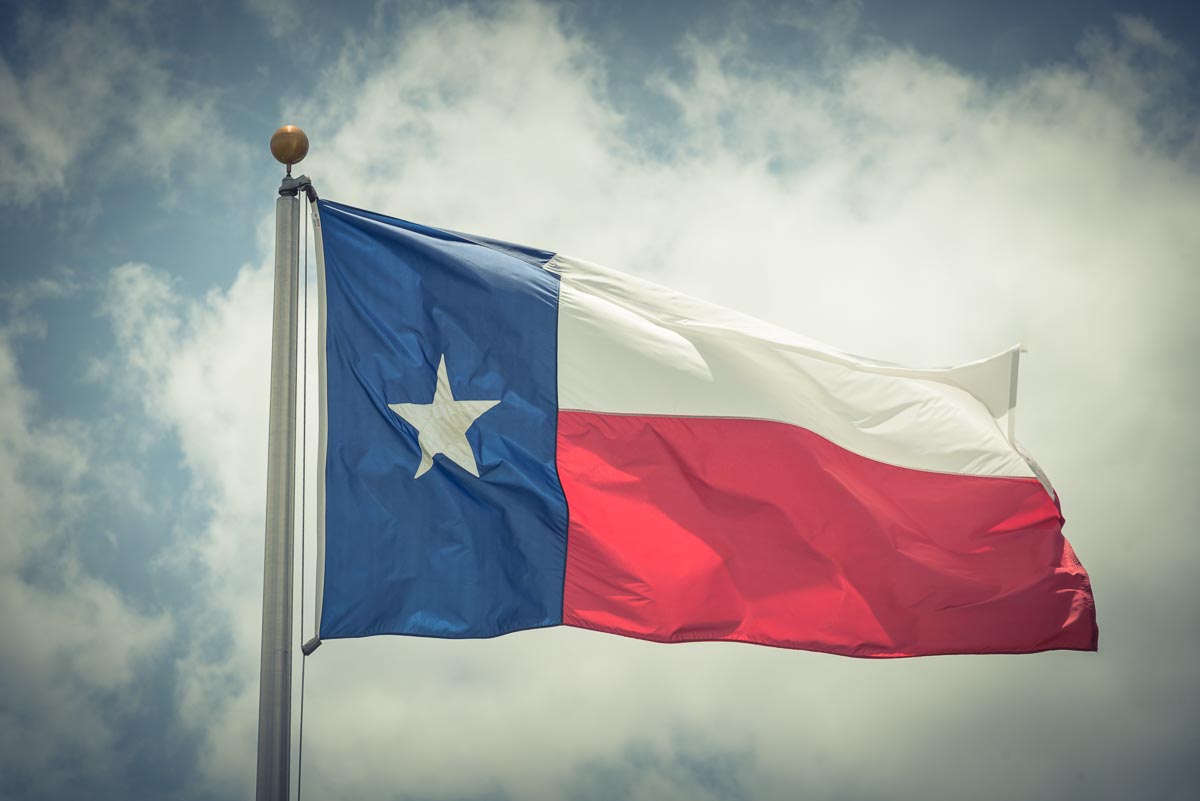 This year might be the first Thanksgiving in Texas for thousands of new residents who flocked here for lower housing prices and job opportunities. While we'll take that vote of confidence, the Urban Edge revisits its occasional series on city rankings with an eye toward how Houston and Texas stacks up to some of its Californian counterparts.

People keep moving to Texas in droves, particularly Californians. A recent New York Times op-ed weighed in on the ease of this transition for some:

A Californian will feel right at home in Dallas even before touching the ground. Like the suburbs around Los Angeles, San Diego and across the Bay Area, Dallas and other Texas metros are built on the certainty of cars and infinite sprawl; from the air, as I landed, I could see the familiar landscape of endless blocks of strip malls and single-family houses, all connected by a circulatory system of freeways. ... The American urban landscape has grown stultifyingly homogeneous over the past few decades, and perhaps one reason so many Californians are comfortable moving to Texas is that, on the ground, in the drive-through line at Starbucks or the colossal parking lot at Target, daily life is more similar than it is different.

Put simply, Californians can move here without sacrificing much in the way of conveniences, lifestyle and amenities, though perhaps in less scenic surroundings, all for a much lower cost of living. This explains, perhaps, how sprawling Harris County is the No. 1 destination for Californians, driven by residents from Los Angeles. (For a fun bonus, check out the companion quiz to the New York Times piece to find out “Where should you live?”)

Whatever the reason for coming, these newcomers give longtime Texans (myself included) another opportunity to double down on their boasts that this is a great place to live and the best darn state in the union.

But if rankings are to be believed, Texas is, at best, a fair-to-middling state. Emphasis on middling. (U.S. News & World Report puts it at No. 31 overall.)

We’re at the top for having some of the lowest tax burdens, but we are not necessarily the most affordable to live in—according to U.S. News, that would be Ohio; Texas is No. 22. Texas also lags in some pretty important areas, like education and health care.

In this installment of our rankings roundup, we found a few bright spots for Texas and its cities, but also a lot of room for improvement.

A new ranking confirms what we know and are deeply thankful for at the Kinder Institute: Houston is home to a generous culture of philanthropy.

Using a revised methodology, the study published by Lawnstarter lifted Houston’s ranking from a head-scratching No. 65 last year up to No. 18. Now that’s more like it. In fact, Houston, Dallas and Austin all handily landed in the top half of the 130-city ranking.

The biggest factor in this improvement is a set of metrics for “Community Generosity,” which includes things like the number of food banks, homeless shelters and nonprofit organizations. Houston ranked No. 8 in that category.

But what stands out in Lawnstarter’s Most Generous Cities lineup, however, is not the role of generous foundations and individual donors—it’s the role played by individual citizens. In its metric for “Share of Residents Who Do Something Positive for the Neighborhood,” Houston ranked No. 5. That’s a win.

But perhaps generosity is one way Texas could use some California-fying—that state had nine cities in the top half of the ranking versus our four.

Got a charger I can borrow?

California is, by far, the nation’s leader in electric vehicle ownership, with ​​425,300 cars registered there as of December 2020, accounting for 4 out of every 10 electric cars in the entire country, according to a new ranking by Bumper.com.

A not-even-close second place goes to Florida with 58,160 EVs. Third place, perhaps surprisingly, is fossil-fuel-rich Texas with 52,190 EVs. (Don’t be too impressed: Texas has over 22 million total registered automobiles, making EV’s less than 0.3% of the total. Even California’s big number is just over 1% of its total automobile footprint.)

That said, EV owners moving to Texas might be disappointed in the state’s electric infrastructure–and no, we’re not talking about its problematic grid: The state ranks 38th for the availability of EV charging stations and 28th for its rate of growth in adding new stations. Perhaps the forthcoming relocation of Tesla will have an impact on this state of affairs.

The Build Back Better plan passed by the House also includes $7.5 billion to accelerate the construction of more charging stations and an expansion of a tax credit for new EV purchases. If these measures remain in the final bill, it could help states like Texas catch up on EV infrastructure.

A bumpy road to progress

Texas’ infrastructure needs are well documented. But when it comes to its roads, some metro areas are doing it better than others.

In a study of 20 major cities’ central districts/downtowns, the US Chamber of Commerce Foundation put Houston near the bottom of the pack, at No. 13, noting that despite having the fifth-highest population growth rate as a metro, it had the second lowest level of tax revenue growth with $353 per capita—meaning less local funds for road maintenance. By comparison, San Antonio, which ranked ninth, had revenue of $849 per capita.

The report used local data as well as road condition surveys by roadbotics, an artificial intelligence software company specializing in road and sidewalk assessments. The company’s roadway scans found that about 10% of downtown Houston’s streets were rated in the bottom two tiers for quality; for San Antonio, it was about 7%.

Houston’s rank puts it below San Francisco, but ahead of Los Angeles. That counts for something.

But there's food at the end of the tunnel

While we are in our cars, perhaps we can boast that Texas is a clear leader in one category: fast food. In a nationwide ranking of the best cities for fast food, Texas dominated, with Houston at No. 2, Austin at No. 10, and San Antonio at No. 14.

The secret sauce for Houston’s success might be attributed to one chain: Whataburger. The rankings relied on Thrillist’s Fasties Awards as one of the metrics for quality. Turns out, Whataburger was named the best regional chain in the country last year, and this Texas chain has nearly 60 locations both in Houston and in San Antonio, giving those cities a boost in the rankings. (It has around 20 in Dallas, which ranked at No. 36 in the national ranking overall. Come on, Dallas.)

On health care, Texas ranks No. 39—not the worst, but not even near-middling—after factoring in cost, access and outcomes.

For all the might it has in its crown jewel of health care, the Texas Medical Center, Texas has heart-breakingly high levels of uninsured children and adults, two areas where Texas literally is the worst, with 20% of all residents lacking insurance—twice the level of the nation overall.

A big reason for this, of course, is the state legislature’s refusal to pass laws to expand access to Medicaid to those earning 138% of the federal poverty line, an option extended by the Affordable Care Act. Texas is among 12 states who have not opted for the program despite the fact that 70% of Texans support the measure.

On safety, Wallethub analyzed 55 indicators ranging from terrorist attacks and climate disasters to traffic fatalities and crime rates to evaluate each state in the US. The result? Texas lands at a near-last place No. 48. California’s rank? 21.

It probably does not help that the state’s massive coastline is a magnet for tropical storms and hurricanes, making it by far the biggest recipient for FEMA’s Public Assistance grants, but Texas also rated low in the study’s weighted scores for financial, personal and residential safety.

One bright spot on the safety rankings: Texas is fifth-best in the country for having a low incidence rate for bullying. Take that!

And rocking the suburbs

The rankings suggest Texas is doing one other thing right: building attractive suburban cities. But someone should tell Niche.com that there’s one small problem with its No. 1 rated city in America: It’s not a city at all.

Don’t get me wrong; The Woodlands is a beautiful, green, safe and successful community. But calling it a city might be kind of an insult to real cities. It is, more accurately, a “township.”

That’s right, The Woodlands was recently rated as the best city in the country, but apparently the number-crunchers at the real estate website did not look too closely to see whether their winner was a legally defined city. (The Woodlands had a chance to join the club of real cities this November, but voters shot that down—for now.)

Also making the rankings were incorporated cities Plano (No. 7) and Richardson (12). For those keeping score, Texas had three (two, if we take out The Woodlands) in the Top 25 Niche rankings; California had four, with Berkeley leading the pack at No. 9.

In a separate ranking, Livability.com rated the best places to live among small to mid-sized cities. Three Texas suburb cities made its Top 100 list: the listicle-favorite Plano (No. 17) McKinney (60) and Richardson (66). California beat out Texas again, with four: Woodland (55), Oxnard (68) and Riverside (82).

In any case, it certainly looks like we found a category the Dallas metro succeeds in.

Where does that leave us?

One takeaway: Arguably, few would move here if we didn't have great cities. Fortunately, Texas has a wealth of great places.

At the same time, no one should put much stock in some of these ratings, most of which have been designed to game the social media alogrithms and drive search engine traffic. Lawnstarter, for example, is essentially an Uber for lawn mowing services, yet it cranks out these city rankings every few weeks. Even relatively rigorous rankings can have faulty metrics. The value of these rankings is in the conversations they start and the questions they raise. Where could we improve? If Texas wants to live up to its own hype, it has plenty of shortcomings to work on.

But does it matter that we're not the best in many categories? Perhaps Farhad Manjoo put it best for his op-ed in The New York Times:

Texas, now, feels a bit like California did when I first moved here in the late 1980s — a thriving, dynamic place where it doesn’t take a lot to establish a good life. For many people, that’s more than enough.

Posts about where Houston and other Texas metros are ranked on lists of best and worst places for you-name-it routinely perform well on this blog. These lists range from happiest and safest cities to best cities for staycations, foodies and working from home. Today, we’re kicking off a new feature focused on rankings and Houston’s place on them.