Editor’s note: This is the first of two posts exploring the long-term effects the COVID-19 crisis will have on the American city. Once we get through this, cities as we know them will be changed forever.&nbsp;

Editor’s note: This is the first of two posts exploring the long-term effects the COVID-19 crisis will have on the American city. Once we get through this, cities as we know them will be changed forever.&nbsp;

Part two looks at changes such as an increase in remote work arrangements, which will lead to more activity in neighborhoods, more flexibility in public transit options and a renewed appreciation for taking a walk. Read part two here.

A few weeks ago — before all of our everyday assumptions about travel and social interaction were blown to bits — I attended the UN-Habitat World Urban Forum in Abu Dhabi.

Mostly, the event was a typical convention, with exhibitors, panel discussions, cocktail-party receptions and attendees shuttling back and forth between a generic convention center and the generic chain hotels adjacent to it. But as I talked to people from around the world about their cities, something occurred to me: Across time and space, there have always been cities. No matter where people are located in the world — or when in history they have lived, or what political regime they live under — humans have created cities.

The reason is, of course, that cities make too much sense not to create. Paired with the emergence of agriculture, which freed people from work in the fields to do other things, the city was one of humanity’s earliest inventions.

And, as Joel Kotkin insightfully pointed out in his fine little book “The City: A Global History,” from the beginning, cities have helped create the space for the easy and efficient fulfillment of three basic human needs: commerce, governmental administration and worship. (Of course, in the time of COVID-19, we should add social interaction as a fourth item to this list. That’s because these days it’s a major driver in city life — and the one we miss the most as we all stand 6 feet from one another.)*

The power of proximity

It’s undeniable these days that urbanism is one of the most important drivers of both social and economic life in the United States. Even if most people live in the suburbs, most economic innovation occurs in cities and large metropolitan areas, and these are the places that are prospering the most these days. (It’s also true that urbanism gets dragged into the extremely polarized left-right political debate, but more about that later.)

The most critical component is the thing that makes cities go more than anything else: proximity. In the world of technology, much has been made of the way people bump into each other almost randomly in dense job centers and exchange ideas. And this idea overlaps with the idea that many millennials — at least the ones driving the economy — prefer the dense social interaction of cities over spending their weekends on a riding lawnmower as their parents and grandparents did.

When we talk about a revival of “urbanism,” what we are really saying is people have rediscovered the value of proximity — of where: Being close to one another and the things they need rather than always relying on driving a long distance to do anything, as people are forced to do in the outer suburbs and in rural areas.

Pointing the finger at cities and density

Of course, now we are learning that proximity isn’t always a good thing. The COVID-19 pandemic has shut down public life in America. We are quite literally keeping our distance from each other. Any place where people gather has been closed — except the parks, which for better or worse are mobbed.

The fact that the virus has ripped through New York City — America’s densest city — has brought the urban naysayers out of the woodwork, claiming cities are the root of pretty much every problem we have — including infectious disease — and that the answer is sprawl and cars.

The argument that cities are bad for people’s health is not new. As cities grew during the industrial revolution of the 18th and 19th centuries, they became dirtier, more polluted and unhealthier. London — the world’s largest city in the 19th century — was known for its “fog,” which was a polite term for toxic, coal-generated air pollution. New York’s tenements around the turn of the 20th century were perhaps the most squalid in the world at the time. In 1890, horse dung was so prevalent in New York that a trend-line projection predicted the city would be knee-deep in the stuff by 1920.

Yet cities since then have thrived and grown. They’re much cleaner and safer than they were a century ago. That’s because cities are by their nature adaptable organisms. More efficient than rural areas and more flexible than suburbs, they are constantly reinventing themselves — sometimes so quickly that it’s startling, sometimes so slowly that we don’t even notice.

The world after COVID-19 will be different — as it is after any disaster. And COVID-19 will accelerate changes that have been brewing in cities for a long time. The result will be a new kind of city, different than what we have seen before. A city that should be able to withstand shocks like COVID-19 in a sturdier fashion. 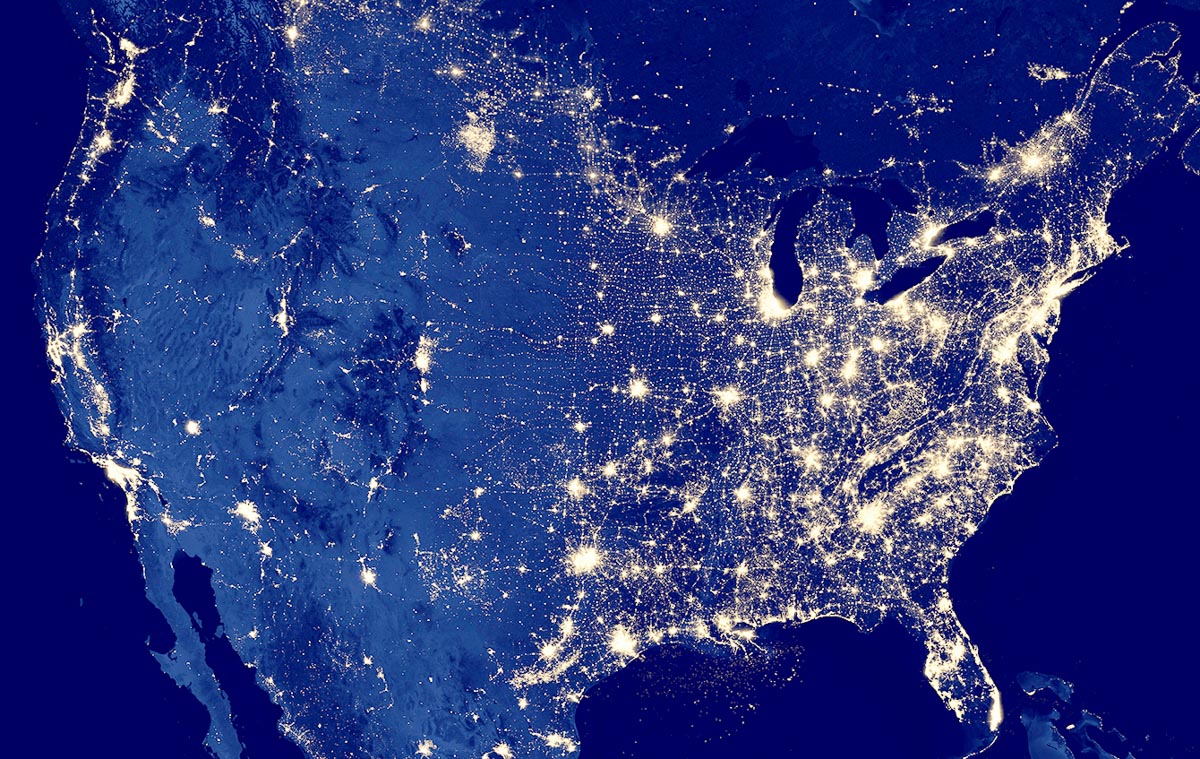 Here are some of the changes we can expect to see in the wake of COVID-19:

A renewed focus on public health

Although the density naysayers — who mostly are politically right of center — are arguing it’s a public health threat — an argument that has also been made, oddly, by the left-leaning AIDS Healthcare Foundation — in fact, urban planners and public health experts have worked together for generations to make cities cleaner and safer. The squalid conditions of the late 19th-century city were swept away by large-scale public infrastructure investments in health and safety such as centralized water, sewer and lighting systems.

Quite literally, the urban form of cities made public health solutions to disease possible because density made them financially feasible. Rural areas were far, far behind in introducing these solutions and since the 1950s, suburban areas have struggled to build and maintain these systems in lower-density situations.

Ironically, prior to the COVID-19 crisis, public health officials had begun to collaborate with urban planners on the obesity crisis, saying that cities and density are good for public health because people are more likely to walk and less likely to drive all the time.

So, it will be interesting to see how public health officials work with urban planners now to reduce the spread of infectious disease in the future. As several commentators have pointed out, COVID-19 hit New York and Europe hard, but outside of China, Asia’s extremely dense cities weren’t much affected — in large part because they know how to respond quickly to a pandemic.

During the suburban era, we tried to solve most of our land-use planning problems by putting more space between people and buildings. But in cities, that’s not possible. Instead of spacing our way out of problems, we have to design our way out. The threat of infectious disease is likely to ramp up urban design as a solution — perhaps, for example, by creating more separation in public spaces like restaurants and parks.

So, it’s reasonable to assume we’ll begin to see small changes in urban design that separate people a little more and help make it easier to protect them.

Maybe the best analogy is the “defensible space” movement started by urban planner Oscar Newman during the nadir of urban life in the 1960s. At a time when parks and public housing projects were crime-ridden, Newman’s view was that all space belonged to somebody. By giving residents a sense of ownership of these spaces, he contended, gangs wouldn’t take them over. It was a revolutionary theory in urban design that changed everything — showing that, instead of fleeing cities, standing firm and re-designing can be a better solution.

Fewer retail stores and a different kind of street life

Amazon will kill off a lot of retailers during the COVID-19 crisis — not just mom-and-pop stores but — most likely — some sturdy chains as well. But really this is just an acceleration of a trend that was already gaining steam: The demise of most brick-and-mortar retailers and the rise of online, delivery-oriented retailers.

This acceleration will have a profound impact on the way cities function.

From time immemorial, street life has been tied to commerce — buying and selling things. William H. Whyte, the brilliant observer of urban social spaces, consistently argued that the single most important thing cities could do is require retail stores in all ground-floor spaces of buildings. (This was easier to do in Manhattan, where Whyte lived, than in most other places.)

But it’s clear now we are, as they say in the business, “over-retailed.” Malls already are stagnating and the typical strip shopping center will soon empty out. So, cities will have to reorient themselves around this new reality.

In part, developers will take advantage of this under-used urban space by building housing on old retail sites — again, an acceleration of a trend that’s already happening. And once the crisis is over, the move toward bars and restaurants also will accelerate — because if there’s one thing that COVID-19 has taught us, it’s how essential bars and restaurants have become to social life in America.

A new kind of city

These are a few of the ways cities are likely to change following the COVID-19 crisis. Fewer stores but more bars and restaurants — and maybe a more bustling street life. But they aren’t the only changes we’re likely to see.

Part two of this post explores the pandemic’s long-term effects on how we live and work in cities, including an increase in remote work arrangements, more flexibility in public transit options and a more carefully constructed, safer public realm. All of which will make cities — and their suburbs — better places to live.

* In this essay, when I refer to “cities” I don’t only mean mega-cities like New York, Tokyo, and Shanghai. I am referring to any human settlement of any size where people take advantage of proximity to efficiently engage in commercial, social, and cultural activity. A small city of 30,000 people, like my hometown of Auburn, N.Y., can perform this function, as can many American suburbs.