What would happen if Main Street along the METRO Red Line was closed to car traffic on weekends and opened up to bicyclists instead?
Photo by Random Sky / Unsplash

As businesses begin to reopen and more and more people leave their homes more often, we’ll have to continue to be vigilant about good hygiene and physical distance. Guidelines for grocery stores can include signage and announcements reminding shoppers to avoid touching their faces and leaving space between themselves and others as well as sneeze-guards at the checkouts. Everyone must remain aware and be responsible by wearing personal protective gear such as masks and gloves in public.

For the second straight weekend, the City of Houston is limiting access to parking at the city’s parks to strengthen social distancing measures. The parks are open and residents are encouraged to reach them on foot or by bike. This seems like an opportune time to consider the safety of pedestrians, runners, cyclists and those using wheelchairs on the city’s streets, sidewalks and other public spaces.

This pandemic, which has both amplified and exposed many of America’s underlying economic and health disparities, is also revealing to many people — for the first time — what cars have done to cities. Tom Vanderbilt writes about the revelation in the Atlantic:

The single-occupancy car itself is the original social-distancing machine. (Austrian civil engineer Hermann) Knoflacher has likened it to a virus — a pathogen that has infiltrated its host (the city) and hijacked its molecular infrastructure to create a more welcoming environment for its own replication. ‘Normal human social behavior,’ he writes, is transformed ‘into the rules of road traffic regulations in which car traffic [has] advantages in relation to all other users of public space.’

We have laws to ensure sufficient parking, but no laws to ensure sufficient parks. So complete is the viral takeover that when President Donald Trump and others seek to minimize the severity of the COVID-19 pandemic, they equate its number of victims with the largely preventable death toll from traffic crashes — as if losing tens of thousands of Americans in that way every year were perfectly acceptable. 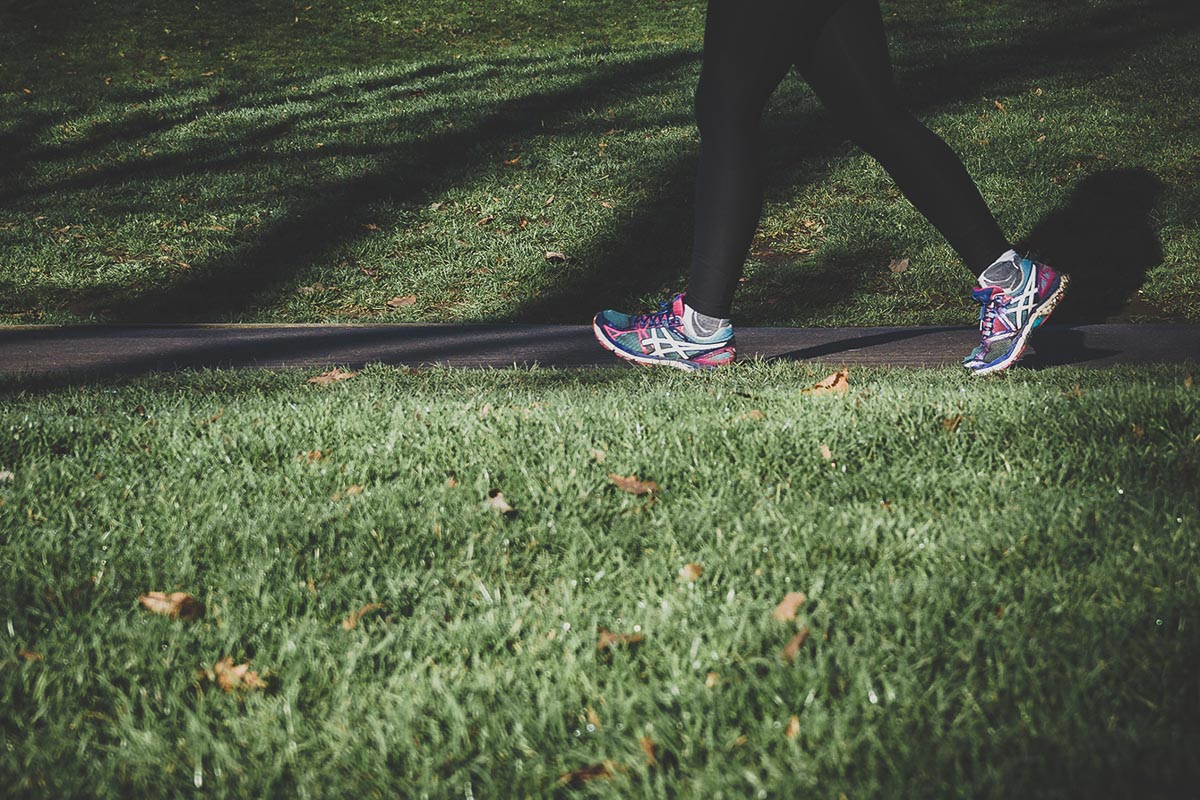 Photo by Arek Adeoye on Unsplash

The resurgence in walking and biking during the pandemic

While there may be fewer drivers on the roads as a result of stay-at-order orders, it’s not as if the streets are empty. In my experience, while taking walks and biking in and around my neighborhood in the past month and a half, the level of street traffic doesn’t seem to have decreased much and some drivers appear to be as reckless as ever — some things never change.

This last part has been a more immediate concern and source of frustration for me and my family during the past six weeks as we stay home as much as possible. As you’ve probably noticed, the act of taking a walk at the end of the day is having something of a moment. In our neighborhood, confinement in combination with the closing of bars and limits placed on service in restaurants has led to a surge of activity. The reasons may vary but the results are the same in most other areas of the city.

We try to get out of the house and away from the news and our screens in the mornings or evenings to get some air and stretch our legs. We walk the dog, ride our bikes and take the occasional run. We’re also trying to teach our daughter to ride a bike.

Streets and sidewalks both can be dangerous

Unfortunately, like so many neighborhoods in Houston, ours suffers from sidewalk blight. Some are buckled by tree roots or buried beneath sunbaked dirt and narrowed to just a few inches or swallowed up by St. Augustine. Half-block stretches of quality, navigable sidewalks can rise sharply by 8 or 10 inches like miniatures of the Wall in Westeros before deteriorating into impassable, cracked slabs of concrete, separating kids on balance bikes and tricycles from the wild lands beyond.

This forces us and a preschooler-slash-fledgling-cyclist off the sidewalk and into the street, which is often lined by parked cars. Now we’re somewhat nervously prodding and coaxing a child who’s blissfully unaware of how dangerous Houston and other cities can be for nondrivers down the middle of a residential street because the sidewalks range from useless to downright hazardous.

I’ve hit on the significance of raising drivers’ awareness of pedestrians, cyclists and others here before. It needs to be a bigger priority. And right now, when more people want to be outside at parks and on bikes or just walking down the street while, at the same time, there’s a need for more physical distance between us, it’s apparent standard sidewalks aren’t designed to handle the demand.

A video from the Toronto Public Space Committee shows it’s basically impossible for pedestrians to maintain a 6-foot perimeter of space on city sidewalks.

Vanderbilt points out in his article that the inspiration for the Toronto Public Space Committee’s social-distancing machine was Hermann Knoflacher’s Gehzeug, or “walkmobile,” which he created in the 1970s “when even cities such as Amsterdam and Copenhagen — now renowned for their bicycle traffic— were turning their streetscapes over to the car.”

A week after our Social Distance Machine video, NYC/Ottawa have opened streets so pedestrians can safely navigate the city during COVID-19
...still waiting on TO...
In the meantime, enjoy an updated vid w/original music by @BileSister!#streets4peopleTO https://t.co/JlPDmBGUOB pic.twitter.com/AUkmrCyJzF

What can be done to give people more space?

According to the think pieces being written, many experts on planning and urban issues seem to agree that in the post-pandemic world there will be an increased desire among people to work from home and take their bikes to work. They also predict cities will give pedestrians more room.

Some cities are tackling this problem by restricting access to vehicles on some streets during the pandemic to make more space for social distancing.

In Oakland, California, 74 miles of neighborhood streets have been designated for bicyclists, pedestrians, wheelchair users and local vehicles only through the city’s “slow streets” initiatives. Other cities such as Denver, Philadelphia, Minneapolis and Boston are experimenting with similar programs.

With its linear parks and trails, the Bayou Greenways system in the Houston area provides wide, protected paths for bikes, pedestrians and others to use for exercise as well as transportation.

“A lot of people need them in order to get to the essential places like pharmacies and grocery stores or to work — for those who are deemed essential,” says Beth White, the president and CEO of the Houston Parks Board. “It is a park asset in many ways, but that trail that runs through it is vital as an alternative transportation corridor.”

Overheard on Dover
Kid: Daddy we can't go here, it says the street is closed
Dad: But it's open for us!#oaklandslowstreets pic.twitter.com/9ILSVGOI9E

New Houston Bikeways are a great option for some appropriately distanced, mind-clearing exercise this weekend...look for the blue and green wayfinding signs pic.twitter.com/dx90gD4fkQ

It’s interesting to consider what else could be done in Houston. If you’ve driven down Main Street, along the portion of the METRORail Red Line from downtown to midtown, you know that route is slower than taking parallel streets to the east or west. Why not close Main Street to car traffic on weekends or a few days a week and see what happens?

Tactical urbanism is being promoted and funded in Vancouver, Berlin and Bogota to transform and designate portions of city streets to make travel by bike and on foot safer and easier for essential workers. New Zealand is making tactical urbanism part of official policy during the pandemic.

Want to make more space for cycling and pedestrians, but you have no guidelines?

Start tomorrow! Berlin shows what can be done overnight in response to #corona.

In effect now: one lane of Beach Ave. closed to cars to give pedestrians more space for physical distancing pic.twitter.com/Og0q0zDwz4

As so many are saying, this could be a “once-in-a-lifetime opportunity” for Houston and other cities to experiment with ways to give pedestrians and cyclists more space and more protection while encouraging social distancing and promoting healthy activities. And, if it works, to go beyond the interim with these changes and permanently remakes some of our streets.