What the 1960s Can Teach Us About How Segregation Affects Aspirations 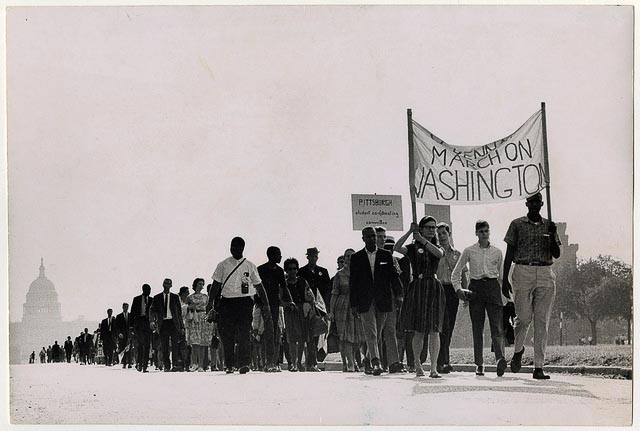 Sixty years after the Supreme Court’s Brown v. Board decision, there’s no denying that American schools are increasingly becoming re-segregated.

Or, consider the rise of so-called “apartheid” schools, where white enrollment is 1 percent or less. Today, 12 percent of black students in the South attend apartheid schools. Nationally, the number of apartheid schools has ballooned from 2,762 in 1988 to 6,727 in 2011.

It’s against that backdrop that Rice University sociology professor Jenifer Bratter sought to look back in time in hopes of gleaning insights about the effects of re-segregation today.

Bratter and co-author Jeremy Porter of Brooklyn College examined surveys of black college students in the South in 1961, that focused on their expectations – or lack thereof – of social class mobility.

They found a direct relationship between the respondents’ social class background and their expectations of where they’d up after college. Their results were published earlier this year in the journal Sociological Spectrum.

“The study was really inspired by the unique nature of the data and the notion that this was a unique era, between the Brown v. Board decision and the enforcement of the Civil Rights Act,” said Bratter, director of the Program for the Study of Ethnicity, Race and Culture at the Kinder Institute for Urban Research.

The researchers found a clear divide between students from working class backgrounds and those who grew up in the middle class.

“The fact that background matters – even among college students – is very interesting,” Bratter said. “This was a moment when African-Americans were attempting to reframe what’s possible. I think it’s telling that even in those moments, when there an understanding of what’s possible, class background still divides.”

But perhaps more interesting is how the community a student called home appeared to affect his or her aspirations.

Nearly 70 percent of the respondents from desegregated counties sought upward mobility, compared to just 32 percent of respondents from counties with segregated schools. The study also found that as the average incomes of whites and non-whites in a county approached parity, its working-class black students increasingly believed they had greater opportunities.

The message, Bratter said, is that while class isn’t an “anchor” that weighs people down, “it shapes how other things matter.” Things like a segregated upbringing.

The study suggests that growing up in a segregated environment decreased the chance for black students to interact with different types of people and increased their acceptance of the differentiation between racial groups.

Other studies indicate that segregation may increase feelings of inferiority among the group discrimination against and suppresses their aspirations for years to come.

Why does that matter now? Because “we still see a segregation today,” Bratter said.

Today, life in segregated communities may have similar effects on working class black students as it did decades ago. And that’s troubling, Bratter said.

“Given these central findings, these results suggest a potentially grim future for aspirations of African American youth as levels of racial segregation in public schools continue to be high,” Bratter and Porter wrote.

“As students of largely minority ‘poor’ schools lack the opportunities available to better-funded schools, they are not only likely to miss out on opportunities for their own advancement, but also likely to fail to ever develop the aspirations and motivations needed to take advantage of such opportunities.”