New reports on rental market trends show Houston, Austin and other Texas Triangle cities are hotspots for millennials while many of the most expensive U.S. cities for renters have seen prices decrease in the past year. 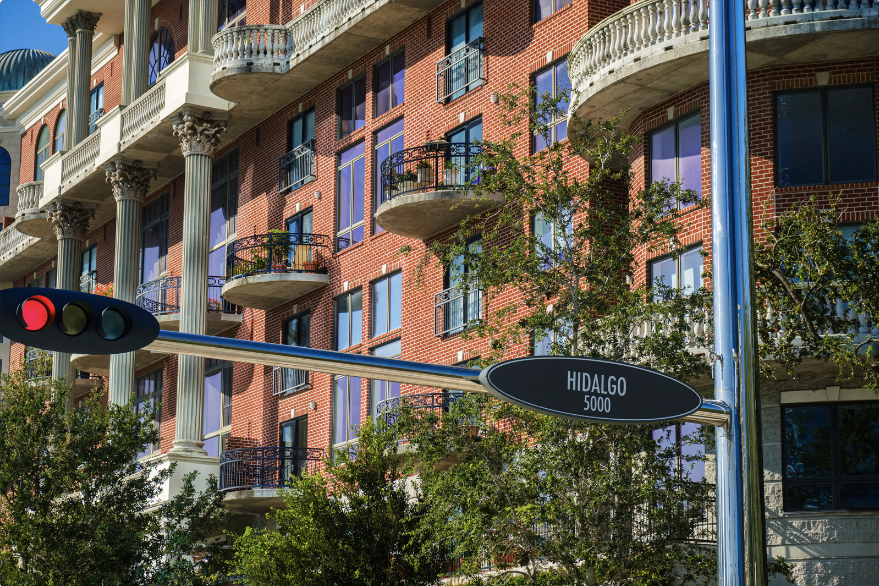 New reports on rental market trends show Houston, Austin and other Texas Triangle cities are hotspots for millennials while many of the most expensive U.S. cities for renters have seen prices decrease in the past year.

As the United States continues to try and manage the COVID-19 pandemic, the day-to-day lives of its citizens have been changed forever. In less than a year, everything from how we shop for groceries to how students access their classrooms has changed. The pandemic has also impacted industries across the board, including retail, transportation, construction and real estate, in different ways. Of all of those, it may be real estate, and specifically housing, that has undergone one of the biggest shifts.

Every year, the Apartment Guide’s Rent Report provides insights into rent trends and affordability in cities across the country, including where the highest and lowest rents are found and where the biggest increases and decreases have taken place. The results of the 2020 Rent Report, which tracks trends for the year between October 2019 and October 2020, have been affected by the pandemic.

Houston has been able to avoid one of the biggest problems plaguing other large cities like New York and San Francisco. It’s on the shortlist of areas that are seeing rents increase, while others — mainly on both coasts — have seen them drop, in large part because of COVID-19. Across the South, rents are up 2% for one-bedroom and two-bedroom units, and 4% for studios, compared to a year ago. Rent has increased 12.1% for studio apartments in Houston. In Plano, rent for one-bedroom units is up more than 34%, and for two-bedrooms, it’s increased over 27%. The trend doesn't hold in San Antonio, where studio rents decreased 26.5% for the year, and are among the nation's lowest ($843).

Texas is also popular among millennials, arguably the housing market’s largest target customer base, many of whom are renters by choice. They “are shifting away from the two-kid, white-picket-fence American dream — making them less likely to get tied down to a specific city,” according to internet listing service RENTCafé’s report “The Hottest Cities for Millennial Renters.” As a whole, the group moves across the country in search of the perfect life-work balance. Employers allowing employees to work from home — and from anywhere — is a boon to them:

This generation has different views than its predecessors, preferring flexible jobs and experience-driven lifestyles they seek out and develop in the cities they choose … And, now that they officially overtook Baby Boomers as the largest U.S. generation to date and make up the majority of the workforce, Millennials have become the most instrumental group in shaping the future of America’s urban cores.

What started as a movement on the West Coast with companies like Twitter and Microsoft has spread to places like the Research Triangle in North Carolina. For millennials, the pandemic has opened up a world of opportunities. No longer do they, or any other group seeking a nomadic lifestyle, need to live in major cities like New York and Los Angeles. The result is a workforce moving to locales with better cost-of-living indicators. According to the Apartment Guide report, the American South is the only region with across-the-board increases in apartment pricing over the past year.

According to the RENTCafé report, 47.7% of people applying for an apartment in Houston in 2020 were millennials, ranking fifth in the nation. From 2015–2020, 45.6% of Houston renters were millennials, making it the 4th most popular city for the age group, which is drawn to the Bayou City for its “varied employment landscape firmly rooted in the health, research and oil industries.”

This massive push into Houston isn’t just from out-of-towners. According to the RENTCafé report: “Houston is most popular among Gen Y renters from its own suburbs.” The largest share — 12.3% — made the short move from Katy, followed by Spring (8.3%) and Humble (4.7%).

Young people from Houston’s suburbs are also headed to San Antonio and Austin, which supplanted Seattle to become the top hotspot for millennial renters in 2020. RENTCafé says the Texas capital is a “rapidly developing area [that] saw both its employment offers and its residents’ incomes swell in recent years, while still maintaining a lower cost of living than other major business centers.” More than half of the applicants for apartments in the past year were from Gen Y, and that momentum doesn’t seem to be slowing anytime soon.

With a growing young populace, it looks like the Texas Triangle cities of Houston, Austin and San Antonio will be a hub where Gen Y workers can make a major impact. That is, as their history portends, until they decide to move to other pastures.