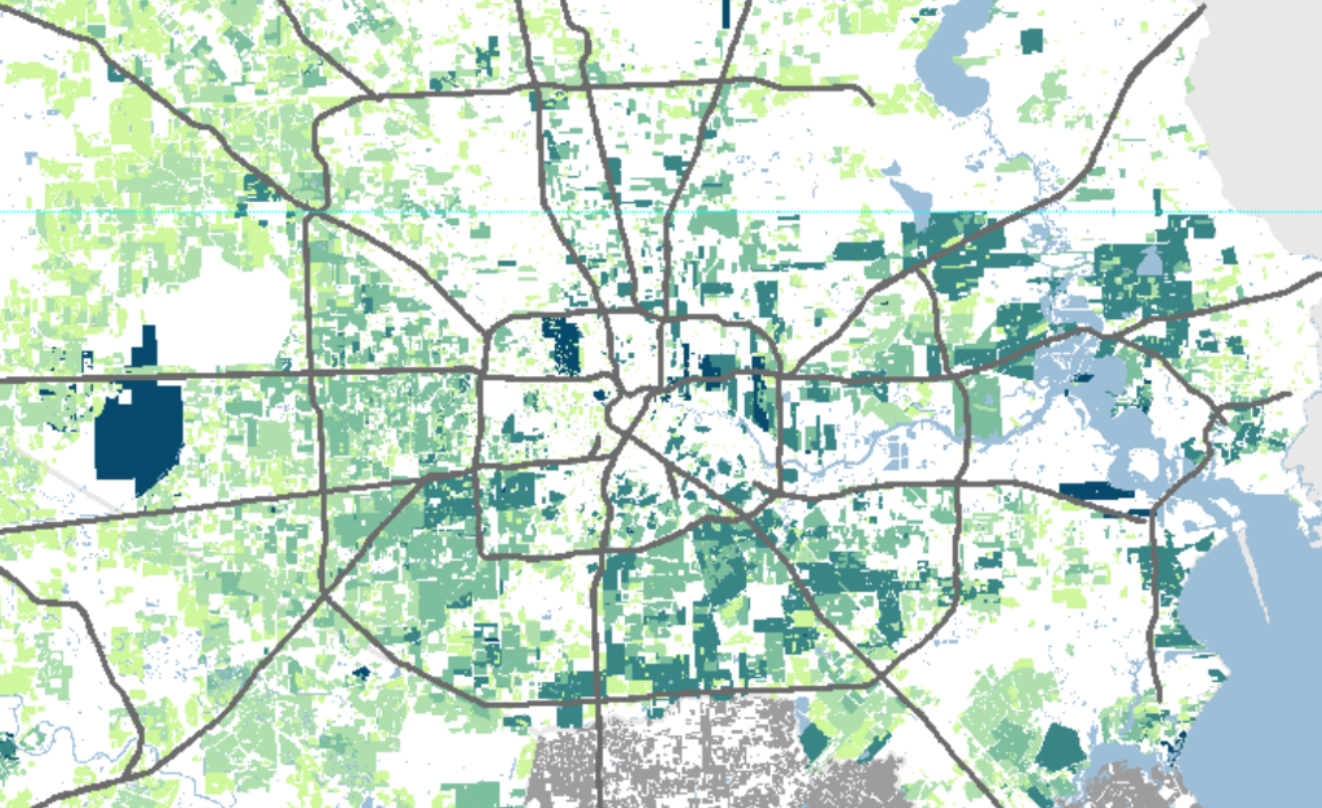 Houston's development has long been tied up with its highways with elected officials only recently calling for a "paradigm shift" in thinking. But to examine just how integral highway planning and construction has been to the region's growth, Gordon Wittenberg, an architecture professor at Rice University and Kinder Fellow; along with Amanda Chang, a research assistant at the university's School of Architecture, used subdivision plats to map the incremental development process across Harris and Fort Bend counties.

"In many cities," the report writes, "development is shaped by zoning laws and follows a clear pattern determined by those systems." That's not the story here. "In Houston, growth is primarily driven by private subdivision development, intentionally stimulated by a unique set of state laws and local political relationships."

The interactive maps, developed by the Kinder Institute for Urban Research's Houston Community Data Connections, show the process by which subdivision plats were filed "as soon as or even before the planning process for new highways begins." As a result, the researchers note, highways that were "rationalized to reduce congestion and were actively intended to drive development outward, actually stimulated increased sprawl and future congestion to some extent."

Explore the interactive report below or view it in its own browser by clicking here.