A researcher discusses the group that's more than 60,000 strong in the Houston area. 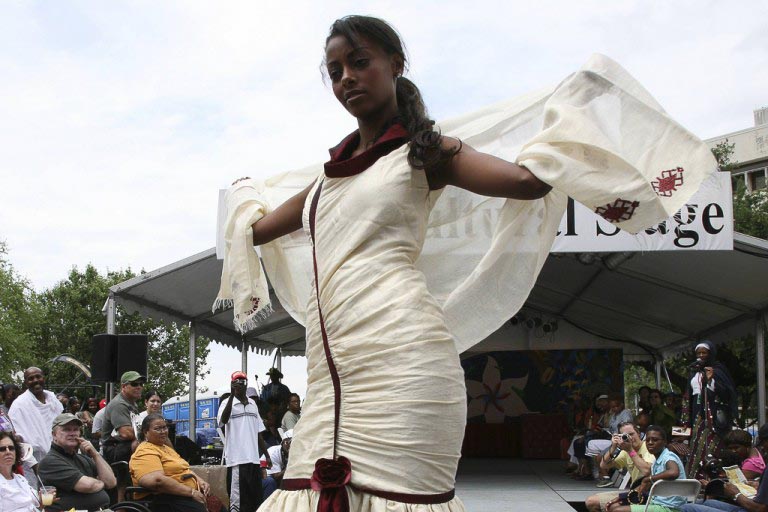 A researcher discusses the group that's more than 60,000 strong in the Houston area.

It was Independence Day, and a local Pentecostal church had organized a picnic in George Bush Park on the west side of Houston. Fifty or so people -- many of them immigrants from Ghana or with connections to the Ghanaian community here -- were gathered around the DJ. The atmosphere was festive when the pastor began his prayer. Bless the food and bless our country, America, the pastor said. He gave thanks for George Washington and Abraham Lincoln, "our forefathers," Anima Adjepong remembers.

Adjepong, a doctoral candidate in sociology at the University of Texas at Austin, had just begun a more than year-long exploration of Houston's African community in 2014. And the prayer seemed especially significant. "The opening prayer at this Independence Day picnic magnified the sense of belonging that many in the community felt with the U.S.," said Adjepong.

Until recently, Houston was home to one of the few nonstop flights by a U.S. airline between the United States and Africa. But citing weakness in the energy sector, United Airlines ended its service between Houston and Lagos in May. Since 2012, Houston has hosted the Golden Icons Academy Movie Awards for African film. "Nollywood, Nigeria's film industry, frequently features Houston as an extension of Nigeria," said Adjepong. And Houston has also hosted Nigerian fashion events that draw crowds from around the world.

Concentrated largely on the southwest side of Houston, African immigrants have helped reshape the city, argues Adjepong, even as many eventually move outside the city to suburbs like Sugar Land and Katy. "Driving down any major road in Southwest Houston," said Adjepong, "whether on Westheimer, Bissonnet, Gessner, or Fondren, it is impossible to miss the signs for African grocers (no country specified), churches with names of Nigerian pastors, and restaurants, interspersed with shop signs in Spanish, Indian grocers, and Pakistani tailors, along with signs advertising lawyers and accountants from these countries."

Even though Houston's African immigrant community contains a variety of ethnicities and languages, argues Adjepong, once those immigrants arrive here, they form a common identity. "In spaces such as African grocery stores, strangers develop community as African, through shared experiences of estrangement from home, and their need for that space," Adjepong said.

The demographics point to why that may be. Of the roughly 61,000 African-born people living in the greater Houston area, the dominant group is Nigerians, numbering roughly 23,500. But after that, no single African nation represents more than 5,000 residents.

That's part of the reasons why, Adjepong said, when interviewing Ghanaians, they mostly identified as African. On their own, Ghanaians total only about 2,300 people in the Houston-area. But those people are part of a much bigger group when categorized more broadly as Africans.

Though there were strong community organizations and events tied to specific ethnicities and nationalities, many of the people Adjepong interviewed in Houston recognized themselves as sharing an identity with other immigrants from Africa. Indeed, many African immigrants tend to be well-educated and relatively well-off.

They are not the first to notice the phenomenon. British-born writer Taiye Selasi wrote about the "Afropolitan" identity as an inherently global one, saying, "Like so many African young people working and living in cities around the globe, they belong to no single geography, but feel at home in many." Yet the author received criticism from people who felt this was a narrow view of a privileged and mobile group of immigrants.

In many cases, that is reflective of the reality: according to a recent brief from the Migration Policy Institute, immigrants from sub-Saharan Africa, in particular, tend to be among the most educated of foreign-born communities in the United States, though the rates varied by country. But Adjepong argues that the Afropolitan identity can contain multitudes, as evidenced by Houston's own community.

"The fact that Houston felt like home for many affirmed their ties to the city," said Adjepong. "They were Afropolitans, Africans who felt their African-ness when they shopped at Southwest Market, or participated in Ghanaian community events such as the Ghana Association Ghana Independence Day Celebrations, the annual Houston’s Africa Arts Festival, concerts that bring popular artists from the continent to the city, and weekly Sunday services where sermons remind them of life back home. And through all of these experiences they remained unequivocally Texan, specifically, Houstonians and importantly, American."

At the Fourth of July celebration in George Bush Park, after the chatter of Twi, spoken in Ghana, and Ghanaian-inflected English died down, the pastor not only thanked Washington and Lincoln but praised the United States for serving as "a beacon that exports democracy to those nations that do not have it," Adjepong remembered.