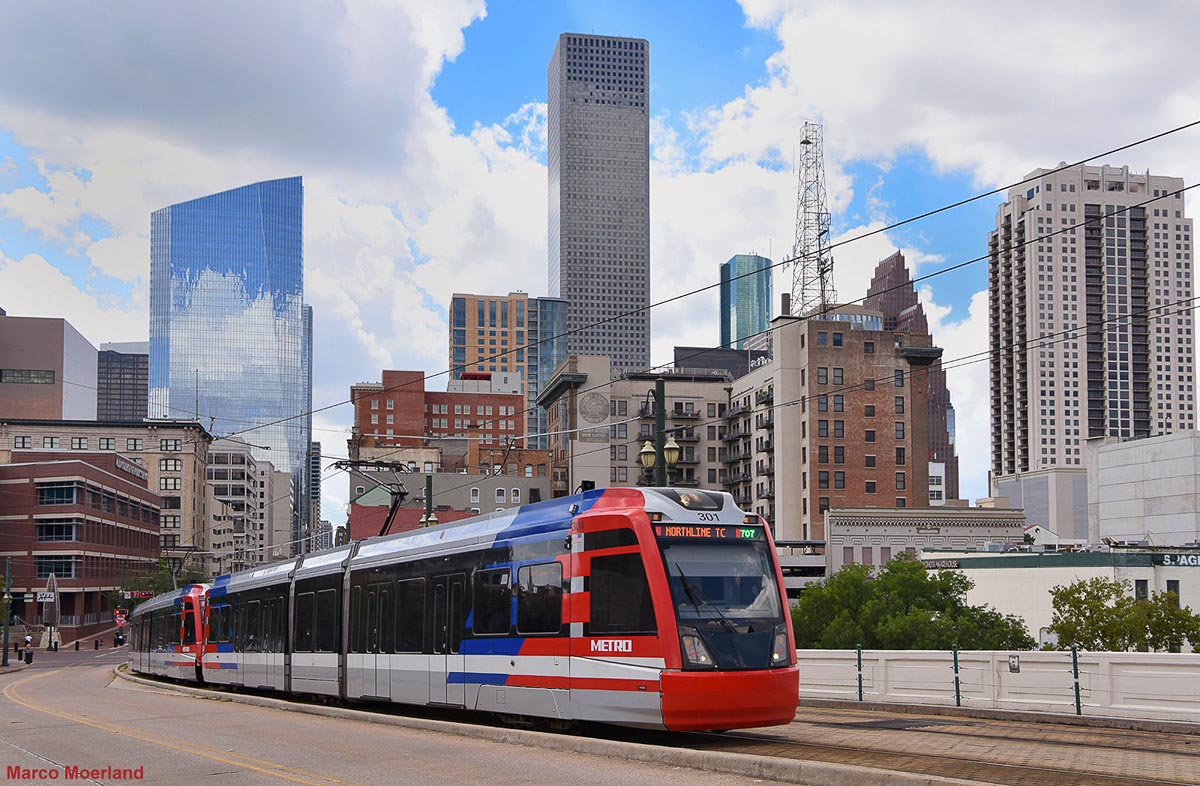 Spieler is fully aware of the positives and negatives when it comes to Houston's public transportation system since he and his wife share a car and METRO is his primary way to get around town.

Due to this and his extensive knowledge of transportation in America, Spieler recognizes there are a few transportation myths and misconceptions that have developed over the years in Houston.

Myth: "Houstonians won't ride transit, and they won't use it because they are a car-centric city."

Approximately 92 percent of Houston households have at least one vehicle, according to 2016 Census numbers. Despite this, Spieler feels Houstonians not taking transit due to the number of cars is "a myth in itself."

Two million workers commute into Harris County every day, according to a 2018 Kinder Institute study. When zeroing in on the downtown area, though, approximately 32 percent of downtown employees use public transit and another 11.2 percent use alternative modes of transportation to get to work, according to a 2013 commuter survey.

While giving up the freedom that comes with a vehicle may be difficult for some, others say it's worth it because of the benefits of not having to deal with traffic anymore. "That’s the first thing I hear from park-and-ride users. Riding transit is far less stressful than driving," Spieler said.

Myth: “Nobody walks in Houston, or the climate in Houston is too bad for anyone to be able to walk.”

"Those two [weather conditions and walking] are obviously not the case," Spieler said. "I think people overestimate the importance of climate in these cases. There are cities that have very tough winters and they do transit very well. If you want to compare a summer in Houston vs. a winter in Minneapolis, I don’t think Houston summer heat is a much worse climate than a Minneapolis winter."

Minneapolis, which has an annual snowfall of 55 inches and winter temperatures in the teens, is one of the few American cities that have experienced increases in public transportation ridership. A part of that increase is credited toward thousands of parking spots being lost in downtown Minneapolis in recent years.

Further, Houston has also seen gains in public transportation ridership in recent years, thanks in part to a 2015 bus route redesign and the introduction of additional light rail.

Myth: "Other Texas cities have much better transit systems than we do because they have more miles of rail line..."

"But that doesn't necessarily get people to where they need to go," Spieler said, pointing to Dallas and Denver's rail and transit systems. He said that while they may have more miles of rail, their lines don't go through the city's densest-populated area, whereas, Houston's does.

A real misconception people have is what the structure of Houston looks like, Spieler said. "When people think about where people live — and I’ve had people tell me that the rail line doesn’t go where people live — Houston has real pockets of density that are inside the Beltway. I think people have a real misconception of what Houston’s density looks like," Spieler said.

Dallas' DART rail system spans 90 miles, with 62 stations in 13 cities. While, Houston's METRO light rail is 23 miles long with 44 stations, all of which are located in central Houston. With similar ridership numbers, Houston's system proves to be more efficient with 2,700 passengers per mile on weekdays, compared to around 1,000 in Dallas.

"Another piece that goes into this misconception is where people are and how many houses were sold in top planned communities.” He notes that sometimes hundreds of houses being built in any given Houston suburb could be equal to a 500-unit highrise opening throughout inner-Loop neighborhoods, including Midtown, Downtown, Montrose and Upper Kirby. “So those suburb numbers sound impressive, but all of those may not match up to the new high-rise developments being built,” he said.

Due to the high density of the area Houston's rail line travels, while shorter, it's able to connect more people to where they want to go quicker. "One of the interesting things, say you’re traveling from downtown to the Texas Medical Center, traveling via the rail line will actually get you there faster than if you’re driving and factoring in the parking time as part of your travel time," Spieler said.

Misconception: "There's a lot of people who don't even think to look at public transit for where they want to go."

"A lot of people that work downtown might have to work late and they say they don't ride for that reason," Spieler said. "But a lot of METRO's services run in the middle of the day and later in the evenings." He added the only way to know is to check.

Fact: "The most effective way that people have gotten others on transit is through word of mouth."

"Transit is definitely below the radar screen in Houston," Spieler said. Due to this, current transit riders typically encourage and promote friends, coworkers and family to incorporate public transportation into their lives.

Further, conversations with public officials about Houston's METRO system is also critical to ensure people are connected to where they want to go when they want to go. "Less than a quarter of trips are home to work, work to home," Spieler said. "That’s one of the reasons why the light rail is doing so well. It serves people who are doing a lot of different things. People shopping, going to the park, going to NRG - the most successful transit is transit that serves all kinds of trips."

But if the current and future METRO routes don't serve you and your community, Spieler advises to speak up, especially during public hearings.

"Go talk to public officials. The public has a say in this," Spieler said. "If ten people show up and say the same thing. The public has a lot more voice than they think they do. All of these public entities have comment times in their meetings and if there are several people at those meetings saying the same things, then they pay attention to those people."