Conversation about land use and building in cities often turns to questions of aesthetics or personal preferences. You find impassioned advocates of various kinds of architecture or lifestyle. 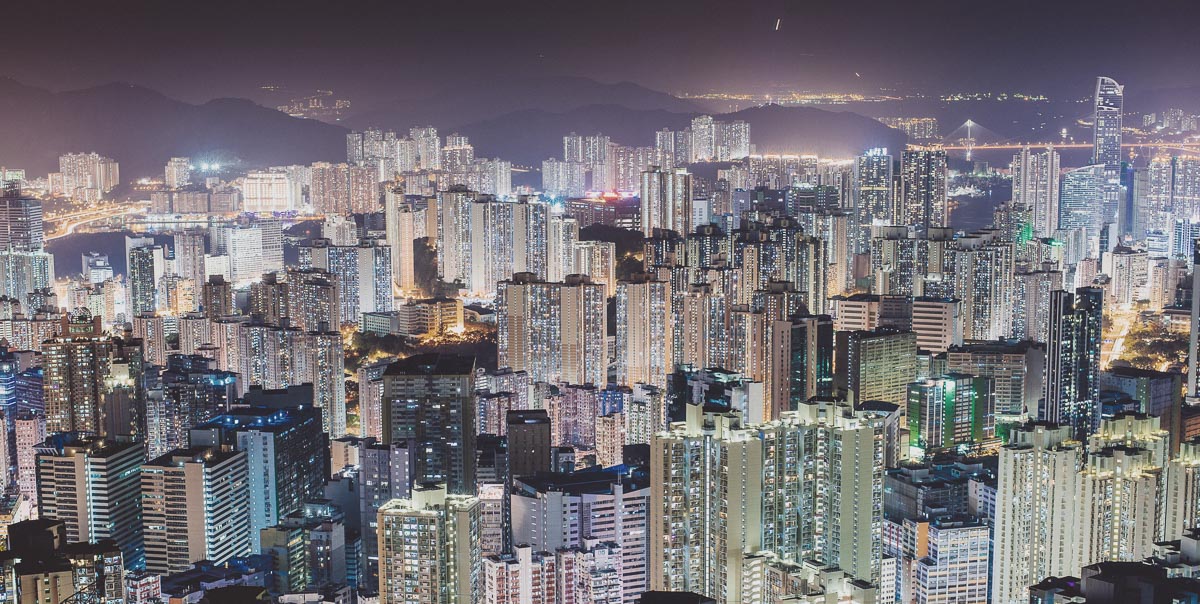 Conversation about land use and building in cities often turns to questions of aesthetics or personal preferences. You find impassioned advocates of various kinds of architecture or lifestyle.

Editor's note: This post was republished with permission from Full Stack Economics.

Opponents of density insist on the merits of big yards, or claim that multifamily buildings are eyesores, or get into minutia about how certain types of buildings spur gentrification.

Some folks on the pro-density side are equally aesthetic-minded. They paint a picture of biking in dedicated lanes past cute row houses along narrow, lively streets filled with people and not cars.

My sympathies are with the pro-density side of this argument. But I see the aesthetics as beside the point. To me, it’s just math. The biggest virtues of denser cities flow from ironclad principles of geometry and arithmetic—along with some basic economic concepts.

Affordability is the number of homes

You can house, at most, the number of people you build homes for. The more homes you build, the more people can afford to live in your city.

People in expensive markets who like to block new houses give you a lot of pushback on this point. They like to distinguish between “luxury” and “affordable” housing units, and they worry the market might supply too many luxury units and not enough affordable ones.

But this is a red herring. Markets have a lot of flexibility along quality dimensions. Residents, whether owning or renting, can occupy housing that might not have been intended for their income bracket.

What is much more inflexible is rigid, strict permitting. If your city only permits, say, 200 new homes, with 600 new bedrooms, it would be impossible for your city to satisfy 2,000 new residents.

In the end, the cities that build get the people. Compare, for example, San Jose and Houston. The San Jose metropolitan area has gained just under 500,000 people since 1990. Houston gained 3.8 million. And if you look at their building permits, it is extremely clear why. Each city added about two and a half people for every new unit it permitted over the period.

The unavoidable geometry of travel distance

The reason so many people want to live in cities is so they can travel to offices, shops, restaurants, and other people’s houses. People also might need services that come to them, like plumbers and electricians. Many people’s lives involve dozens of these routine trips per week.

Let’s consider a stylized example. A city with a million indoor locations of some kind. For simplicity, let’s avoid distinguishing them by type. And let’s say that each has to sit on its own 200-by-200-foot square lot, a generous amount of yard space you might expect in a wealthy suburb. And let’s arrange them in a 1000-by-1000 lot grid.

That’s a lot of driving! But there are some reforms you could make. You could make the lot sizes smaller: 120-by-120 feet. Then your city is just 23 miles by 23 miles, and your average trip from one location to another is just 15 miles.

You can also stack locations on top of each other. Make the buildings four units high on each lot, and you only need the city to be 500 lots in each direction to get a million locations. This makes your city just 19 miles by 19 miles, even with the more generous lot size, and the average trip becomes just 13 miles plus three stories.

Combine both reforms, and your city is just 11 miles by 11 miles, and the average trip is just 8 miles and three stories.

Admittedly, lots of people prefer to live on their own lot, and prefer it to be larger rather than smaller. But people also hate long travel times, and density has considerable advantages on that front.

In practice, the world is a little bit more complicated. Most of the homes might be in one part of town while businesses might be in another neighborhood. Some streets have more traffic than others. But this heterogeneity helps you further take advantage of density. You can fill the valuable central locations, which have shorter trips, with the tallest buildings. And you can fill those tall buildings with high-trafficked shops, restaurants, offices, and apartments for young singles. This leaves more space for homes with yards outside of the central area.

The space disadvantages of cars

There are various attempts to promote these choices on aesthetic grounds. Perhaps you think streets full of cars are ugly, or perhaps you think we need to exercise more, or emit less carbon. But lots of people like their cars and find them comfortable. Outside of do-gooder wonks, a lot of people don’t find these kinds of arguments convincing.

Furthermore, mass transit options like buses or subways become more viable with denser locations. If you have more people living near point A, and more stuff to do near point B, it becomes much more likely that you’ll be able to put people going from A to B in a space-efficient vehicle.

For larger cities, the higher throughput of mass transit is essential. For example, here in Washington DC a subway line can accommodate 26 trains an hour, with six cars per train and up to 120 passengers per car. That works out to 18,720 passengers per hour. (There are also some eight-car trains with 33 percent higher throughput.) For comparison, the maximum throughput of a freeway lane is around 2,000 cars per hour—and most cars at rush hour have a single passenger. So each subway line has as much capacity as an 18-lane freeway. This means a city like New York simply couldn’t exist without its subway system.

There’s in fact a strong argument to be made that cars aren’t particularly viable or desirable in cities, and they only work because a large amount of infrastructure is provided to car users for free through government spending or mandates for private businesses to provide additional parking. As we’ve considered above, land is a tight constraint on making city networks work, and cars are expensive in terms of land.

Ultimately, mathematical arguments for density⁠—like the ones I’ve made here, or the ones written in longer form in books like Donald Shoup’s The High Cost of Free Parking, are much more ironclad than the appeals to the aesthetics of Amsterdam. Yes, people find those places beautiful. But many people find single-family homes in San Jose beautiful, too. It is the numbers, more than aesthetics, that drive the need for dense cities.

Sprawly low density, especially as practiced in cities like San Jose, saddles people with horrendous driving times. The density of places like Paris or New York supports shorter trips and faster ways of getting around. Maybe that’s not the most fun argument for urbanists who love to bike and live in row houses; it doesn’t appeal to any kind of deeply-held identity. But if people don’t share your aesthetic or identity, the practical argument is the better way to go.

Alan Cole is co-founder of Full Stack Economics. He previously served as a senior economist with the Joint Economic Committee of the US Congress and as an economist for the Tax Foundation.