Another year, another set of urgent issues – some of them still lingering from years prior. 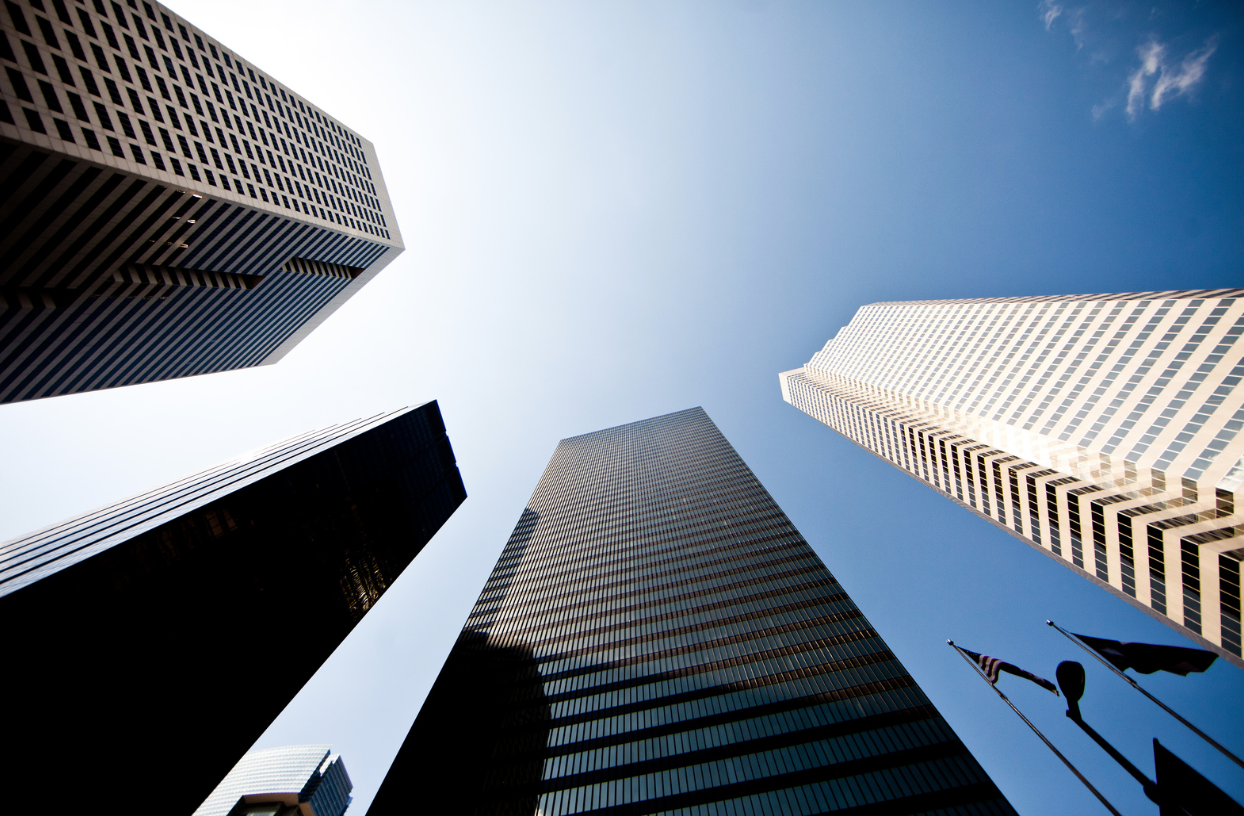 Another year, another set of urgent issues – some of them still lingering from years prior.

In many ways, the questions confronting the Houston area in 2019 aren't so different from those in 2018: what will happen to the largest school district in the area under threat of state takeover, how will the region continue to recover from Hurricane Harvey and prepare for future risks, what will become of well-intentioned city programs meant to begin to correct for years of underinvestment in certain Houston neighborhoods and can it address a shortage of affordable housing?

Education: What's next for HISD and school funding?

In some cases, the circumstances have changed a bit. While the Houston Independent School District, the seventh largest in the country, is still struggling to find a path forward as the threat of a state takeover looms in the background, there have been several developments along the way that have heightened some of the tension.

Equity-minded superintendent Richard Carranza lasted less than two years before moving on to New York City in April 2018. And the search for a new superintendent has had some pretty contentious moments. The school board voted, in what seemed to be a surprise to some members, to replace the interim superintendent with a former HISD head, Abelardo Saavedra, but then quickly walked that back. "It became apparent to me that the dysfunction is not at the superintendent or leadership level, it's at the board level," Saavedra, who said he was unaware that the vote was a surprise to some board members, told the Houston Chronicle.

With several schools at risk of triggering a state takeover of the district if they remain "improvement-required" according to the state, the district has the option of delaying such a move if it partners with an outside organization to manage those schools temporarily. But so far, the school board has not requested any proposals for such partnerships, even as the mayor organized his own nonprofit whose initial founding members' credentials were light on experience in education.

Meanwhile, calls to ramp up the fight against the state education agency and the potential takeover have continued. "The agency perpetuates a narrative of failing schools based on testing, and then promotes privatization policies as the solution," wrote three education advocates in a recent Houston Chronicle op-ed making the case for a lawsuit against the state agency. "The threat is clear: Accept a charter or risk hostile strong-arming by bureaucrats."

With the state kicking off its latest legislative session this week, there's also hope that politicians—probably not Gov. Greg Abbott who tweeted about HISD leadership and the need for a state takeover—can intervene. State Rep. Garnet Coleman wrote in his newsletter Monday, "I will keep my commitment to file a bill and work with my colleagues in the Texas House to protect HISD and improve public education for all of our children by putting student success first. I do not support TEA taking over HISD and will continue to fight for our students and HISD."

But the legislature will also be tasked with much broader school funding reform after years of frustration and court cases. While some lawmakers are hopeful that a shift in the partisan composition might signal a willingness to prioritize significant school finance changes, others are concerned that the conversation could be derailed by property tax-relief talk, given the reliance on local property taxes to fund schools.

Transportation: How long-term plans will set the stage for the Houston area's mobility future?

The Metropolitan Transit Authority of Harris County recently unveiled its latest MetroNext proposal, outlining the authority's potential future projects and changes over the next 20 years. With an anticipated November bond vote, the plan is the most ambitious one so far and will be open to more public feedback before a final one is decided on. There's bus rapid transit that really feels like bus rapid transit, potential rail connections to the airport and a host of improvements to a core network of bus routes aimed at making service more frequent, reliable and accessible, among other changes.

At the same time, the Houston-Galveston Area Council has been working on updates to its own long-term regional transportation plan, receiving some 193 proposed projects in 2018. The draft plan will be shared this spring but in the meantime, the metropolitan planning organization will host a handful of public meetings to discuss projects across the region and share more about the development of the plan.

Together these plans will represent a significant statement about the region's transportation priorities. Metro's latest draft plan, for example, invests more in local bus routes, particularly rapid transit, than rail—a change from the priorities of previous plans.

There's also the question of how Houston's bike plan, the promise of 50 miles of new bike lanes by spring 2019 and safety audit of a handful of dangerous intersections will figure into the region's mobility.

Harvey, Still: The recovery has been slow to non-existent for many. Can 2019 change that?

The city and county have been anxiously awaiting the more than $1 billion in recovery funding heading to each jurisdiction but in the meantime, the available recovery efforts have not kept up with demand and nonprofits have stepped up to fill in the gaps. Groups like West Street Recovery saw early on that getting assistance was a slow and difficult process for people affected by flooding. A year after the storm, roughly 10 percent of displaced residents still weren't home.

And even for many of those who were able to get some federal funding dispersed via the state's General Land Office, problems continued well after the year anniversary passed. "Aid meant to quickly help survivors shelter in their own homes — funding up to $20,000 for a sink, a toilet, some countertop — reached 8,200 homes in the city and county," according to a recent investigation by the Houston Chronicle, "but the work was uneven. Residents cited nails sticking up through floors, drywall covering electrical outlets, wobbly toilets and doors that did not latch, among myriad other concerns." The investigation revealed that some fixes did not properly mitigate mold, leaving residents to deal with that on their own or with the aid of nonprofits. Meanwhile, the city said it's addressing its own part in slowing down the process.

Given all the delays and snags, efficient handling of the incoming federal recovery dollars, via the Department of Housing and Urban Development's Community Development Block Grant-Disaster Recovery funds, will be critical.

Houston's city council is set to vote Wednesday to adopt guidelines for several recovery programs, including for homebuyer, homeowner and affordable rental housing programs. "These guidelines are the first step required to implement viable programs that will fulfill the needs of Houston’s recovery from the devastation produced by Hurricane Harvey and its aftermaths," the homebuyer assistance program guidelines ordinance reads. "All work is expected to be completed within five years from the award of the contract to the City of Houston from GLO, HUD’s direct recipient of Hurricane Harvey CDBG-DR funds."

County Shakeup: What do new faces at the county mean for a range of pressing concerns?

Lina Hidalgo kicked off 2019 with a swearing-in ceremony, taking the helm of the third-largest county in the country. She is the first woman and first Latina to hold the County Judge position and her arrival inspired a number of speculative pieces about what her leadership will mean. It's early yet, but she's already made an impression with her promise to forego campaign donations from contractors doing or seeking work with the county. As part of her job, she'll be heading the Office of Emergency Management, overseeing the budget and helping move forward on $2.5 billion in flood-mitigation projects.

Hidalgo is not the only new face on Commissioners Court. The governing body's one lone Democrat, County Commissioner Rodney Ellis, got some additional company following the November election with Hidalgo and Adrian Garcia tipping the balance. "For the first time in nearly half a century," wrote Texas Southern University political science assistant professor Jay Aiyer in the Houston Chronicle, "Democrats control every administrative office, a majority of the Harris County Commissioners Court, and the entirety of the judiciary." With that in mind, Aiyer outlined a potential 100-day agenda for the new officials to pursue with everything from comprehensive flood mitigation planning to criminal justice reform and voting changes that would increase access to the ballot box.

Some early signs of change: Thanks to a new slate of judges, there's already a motion to end the county's appeal that had been holding up bail reform and County Commissioner Garcia has put a study for a possible $15 minimum wage for county employees on the agenda.

Community Development: With talk of another round of Complete Communities planning, what's next for the first set of approved plans?

Among the questions highlighted in last year's Urban Edge roundup was the future of the much-anticipated Complete Communities initiative. A year later, the question remains.

The five neighborhoods included in the first round each crafted action plans that were approved by the city council in August but without any dedicated city funding, it's unclear how far those plans will go. The mayor has said he's hopeful other grants and private sector investment can move the plans along. As he promised at the launch of the initiative back in 2017, Mayor Sylvester Turner reiterated his commitment to funnel city and federal housing dollars toward the target neighborhoods, which include Acres Home, Gulfton, Near Northside, Second Ward and Third Ward. "By adopting these plans, City Council signals support and opens up opportunities for public sector funding such as Low Income Housing Tax Credits, philanthropy and private sector investment," the August ordinance read.

Just how productive these plans end up being is important not only for the five neighborhoods but for the city itself, which touted the program, among other efforts, as a sign of its commitment to fair housing and building opportunities in communities across the city after a federal investigation found that the city's role in locating subsidized housing was in violation of the Civil Rights Act. The city later reached a resolution with the federal housing department but many housing advocates remained skeptical about the city's commitment.

Part of the resolution included a commitment from the city to work with the federal housing department to craft a comprehensive affordable housing strategy. Will that plan be ready for public comment in 2019?