What if City-Loving Millennials Are Just a Myth?

The number of new Millennials reaching adulthood is now officially declining each year. 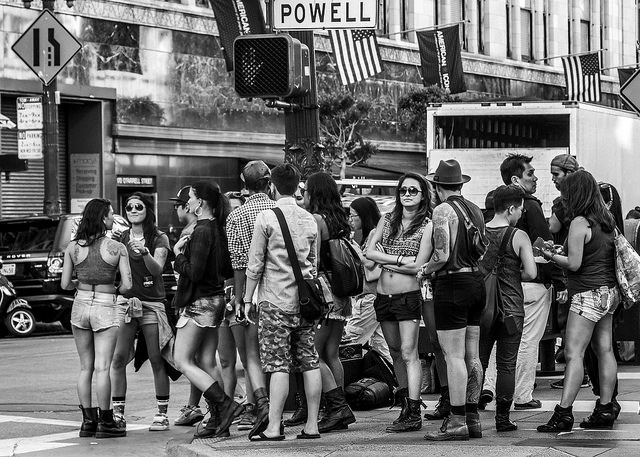 The number of new Millennials reaching adulthood is now officially declining each year.

A prominent demographer says that country has officially reached "peak Millennial." But what does that mean for cities?

We may be nearing the end of that generation's love affair with urban centers.

Last year, a little more than 4 million Americans reached age 25, according to data compiled by Dowell Myers, an urban planning and demographics professor at University of Southern California's planning school. That number matters: around age 25 is when young people start to get more serious about their careers, their housing, and their future.

Those people would have been born in 1990, which represented the peak year of births for the Millennial cohort, roughly defined as those born between the early 1980s and early 2000s. Each subsequent year, we'll see a smaller and smaller number of Americans from the Millennial generation come of age -- ergo, we've hit "peak Millennial."

Article continues the chart below. 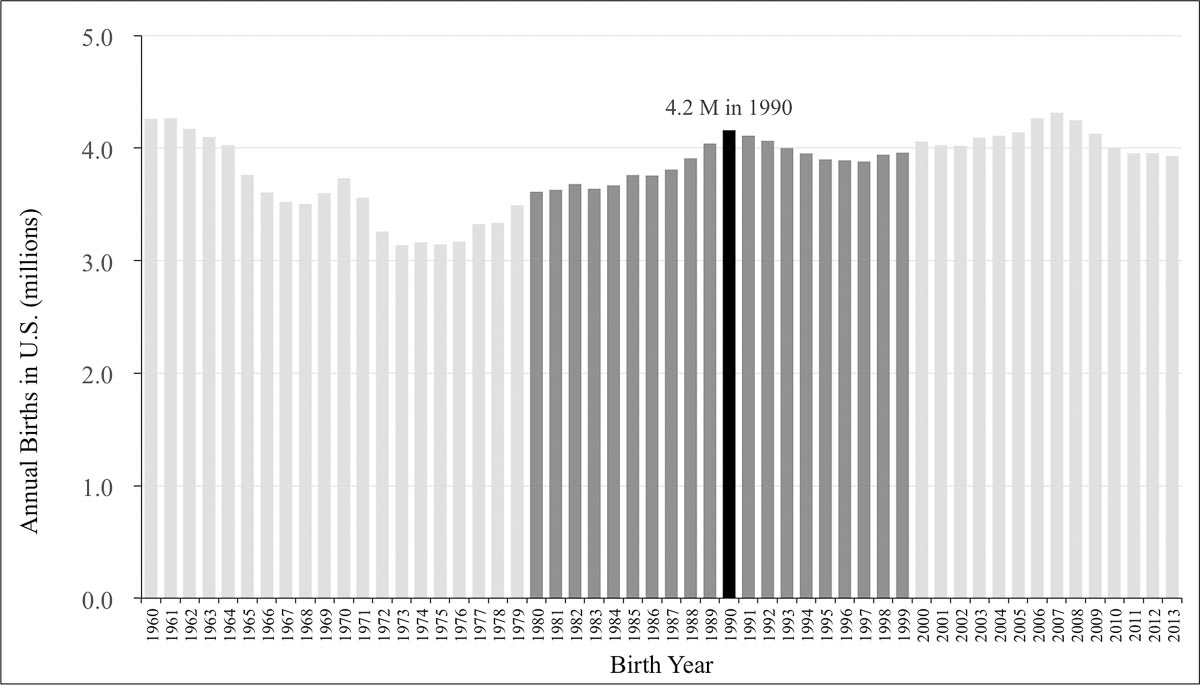 What's the significance of that figure for those who study and care about cities? Much has been written about Millennials' supposed preference for urban living. But now -- as Millennials get older and finally start to get more money -- Myers says it's worth rethinking the conventional wisdom that Millennials prefer city living to the suburbs.

What might actually be happening, Meyers posits, is that young people prefer cities to the suburbs, and Millennials are currently the young generation. The million dollar question, then, is whether Millennials represent something different, or will they follow the lead of other generations and move to the suburbs as they age.

Myers isn't totally convinced, but he's banking on the latter.

He theorizes that already, there's a quirk in the supposed urban trend. There are likely many Millennials living in cities who would have moved to the suburbs already if their circumstances were different. Because of the country's sluggish economy in recent years, both the job and housing markets have gotten "stopped up," essentially trapping some young people in low paying jobs and in urban rental units they can't leave, thanks to bad credit or inadequate savings.

It's well-known Millennials are delaying childbirth and marriage, in part due to financial reasons. Housing might follow a similar pattern.

"People can't buy houses, so they're staying in these apartments," Myers said during a presentation in Houston earlier this month. "The whole system's backed up. It's not pretty."

In other words, the trend we're seeing might not be Millennials enamored with living in urban centers. It may be that those who flocked there in previous years now lack the wherewithal to leave, even though they want to do so.

For cities, that's a significant problem for a couple of reasons. First: those Millennials often become gentrifiers. "What do young people do if they can't find a middle-class apartment to move into? They raid lower-income neighborhoods," Myers said. "It's gentrification, and poor people take the brunt of it all."

Those young people aren't trying to become gentrifiers. Their circumstances are forcing them to find the best housing they can on very little income.

Second: they may actually start to leave the city, despite some urban leaders' insistence that the urban trend is real. Today, the economy is showing signs of life, and the stock of Millennials seems to be improving.

It's a fate other observers are projecting as well. Last year, the data-focused news outlet FiveThirtyEight wrote:

Millennials are moving to the suburbs at a much lower rate than past generations did at the same age. In the mid-1990s, people ages 25 to 29 were twice as likely to move from the city to the suburbs as vice versa. Today, they’re only about a quarter more likely.

But even that slowdown appears to be mostly about people delaying their move to the suburbs, not forgoing it entirely. Today’s 30- to 44-year-olds are actually heading for the suburbs at a significantly faster rate than in the 1990s.

The site crunched U.S. Census data and noted that despite the narrative surrounding Millennials' supposed love for cities, "across all ages, races, incomes and education groups, more Americans are still moving out of cities than in."

A survey published by the National Association of Home Builders last year found that most Millennials want to live in single-family homes outside of urban centers, even if they currently live in the city, according to the Wall Street Journal. The desire was in part due to their quest for more space: the overwhelming majority of respondents said they wanted a home with at least three bedrooms. The survey, it's worth noting, only included respondents who had recently purchased a home or intended to do so in the coming years. It excluded those who intend to rent for many years, either by choice or because they lacked the credit or cash to purchase a home.

And the Washington Post, speculating on the trend, notes that the growing cost of living in big cities isn't keeping up with wage growth, which will inevitably pressure some young families to leave.

In Washington, for example, 25 percent of renters spend more than half their income on rent. In order to afford a median-priced apartment in New York, where two-thirds of residents are renters, a household must have an income of $53,000, or $12,000 more than the citywide median.

Despite all the ink spilled about repurposed lofts and bike lanes, it’s quite likely that if you’re scraping by as a graphic designer, writer or even nonprofit employee in a big city, you’re going to end up in the ‘burbs after all.

In other words, young people will eventually be moving to the suburbs not because cities are undesirable, but because they're so desirable to so many people they just aren't affordable for the typical young family.

But even if that does happen, Myers says the Millennials who grew to love urban living in their formative years may export some of the things they liked about the city -- namely, walkability -- into the suburb (the Post, commenting on the same likelihood, touts the possible emergency of "hipsturbia").

"Their urban preferences could be satisfied in many other walkable areas," Myers said. "It could be in inner suburbs. It could be in transit-oriented developments. We don't know where. But there's going to be a competition for Millennials as they move out."