A new book, “In Too Deep” tells the story of Bayou Oaks, and its repetitive flooding, from the perspective of 36 mothers who are raising young children there. It follows the families across the course of more than a year, starting right after Hurricane Ha 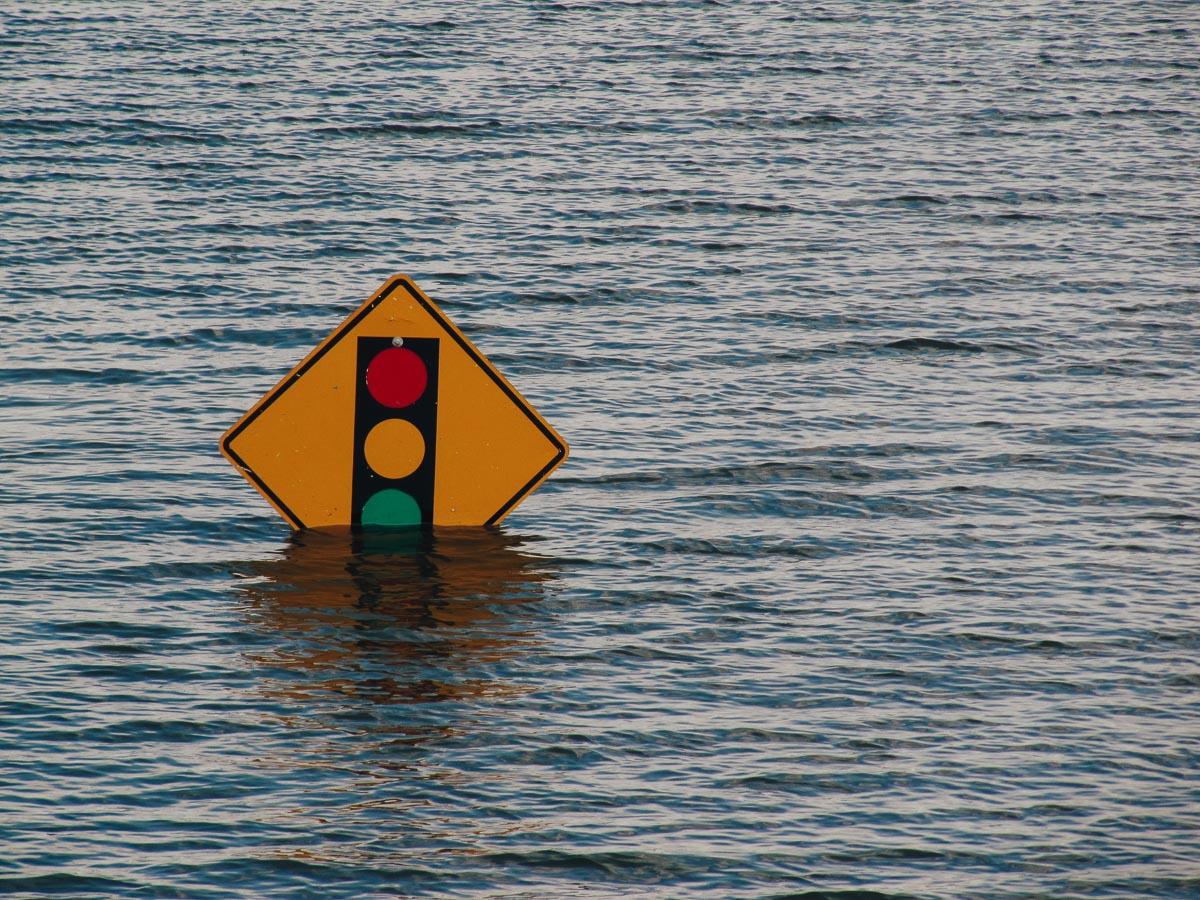 A new book, “In Too Deep” tells the story of Bayou Oaks, and its repetitive flooding, from the perspective of 36 mothers who are raising young children there. It follows the families across the course of more than a year, starting right after Hurricane Harvey flooded their homes, and tracking them across the recovery year and beyond as they work to restore their community for the third time in three years.&nbsp;

Editor’s note: The following is an excerpt of material from "In Too Deep", by Rachel T. Kimbro, now available via University of California Press. She will discuss the book at the Kinder Institute Urban Reads program on Feb. 17.

Situated along one of the city’s glorified drainage ditches that Houstonians call “bayous,” the Bayou Oaks neighborhood in southwest Houston has never been a stranger to small-scale flooding. For residents of Bayou Oaks who lived within a block or so of the bayou, occasionally getting water in their sunken living room was just part of life. It was a trade-off they accepted for the chance to live in a coveted neighborhood, with a central location, great schools, and attractive mid-century modern homes.

The Memorial Day flood of 2015, however, wasn’t like those minor floods. The bayou’s reach spread far south of the homes adjacent to its banks. Almost one-third of the Bayou Oaks homes zoned to Bayou Oaks Elementary flooded. The school itself took on a little water in an outlying building, but was largely spared. Shaken but determined to persevere, the majority of flooded families in 2015 decided to renovate and stay in Bayou Oaks. Memorial Day was a fluke, they reasoned. Unprecedented. Unlikely to happen again. Then came the Tax Day Flood of April 2016, which affected a much smaller number of homes but rattled the neighborhood more. What if this was going to keep happening? Some re-flooded families had only just completed renovations from the first flood. A few decided they’d had enough. But most stayed.

“In Too Deep” tells the story of Bayou Oaks, and its repetitive flooding, from the perspective of 36 mothers who are raising young children there. It follows the families across the course of more than a year, starting right after Hurricane Harvey flooded their homes, and tracking them across the recovery year and beyond as they work to restore their community for the third time in three years. Like other upper-middle-class and affluent mothers, this group of women prided themselves on the family lifestyles they managed and sustained. After Harvey, the mothers’ roles as household logistics managers were strained to the breaking point as they labored to restore their homes and ensure their children’s well-being. After Harvey, seventeen of the mothers were restoring their homes for the second or third time after flooding. The world is full of similar stories, with more in the making as climate change increases and intensifies flooding events. How neighborhoods like Bayou Oaks respond to chronic flooding has major implications for the future of families and communities around the globe.

The book is a sociological exploration of what happens when climate change threatens the family life so carefully curated by upper-middle-class mothers. It argues that the careful choice of neighborhood and school is an overlooked component of the intensive mothering parenting style, and demonstrates how mothers fare under the intense stress of a year of disarray and dislocation—and the consequences of maintaining those high parenting standards for the mothers’ mental and physical health and marital relationships. Instead of retreating after repeated flooding, the mothers dig in and sustain the community they have purposefully chosen and nurtured, trying to keep social, emotional, and economic instability at bay. In the end, 28 of the 36 mothers decided to stay in Bayou Oaks. As the “guardians of stability” for their families, the mothers ultimately argue that they are staying in the neighborhood because on balance it is the best environment for their children.

Recovering from one flood is hard enough. But two or three? Bayou Oaks residents faced stark choices as Harvey’s floodwaters started to recede, and the book explores why most of the mothers in the study decided to stay.

In the interviews, in addition to collecting the mothers’ flood stories, I asked about their approaches to parenting, their relationships with their spouses and extended family, their relationships with the local elementary school, and detailed questions about why they chose Bayou Oaks and what they intended to do next. The stories are often terrifying; they are also heart-warming and funny. They are all gripping. Together, the two rounds of interviews provide an in-depth look at life after a disaster and identify the mechanisms working to hold the mothers to their community, the impact of the disasters on their families, and the strategies and schemas they draw on during the work of recovery and by which they measure success and failure.

Most of the disaster literature, for good reason, focuses on the experiences and responses of low-income communities. Lower-income disaster survivors don’t just have a harder time with home recovery, their mental and physical health may also be differentially impacted by the disaster. The recovery process for low-income people is also complicated by dislocation from local social networks, something that is not as disruptive for higher-income survivors. There is much less work examining the response of affluent communities. While it might seem intuitive that disasters level social inequality within a community, disrupting everyone’s lives equally, there is good community-level evidence that they actually increase social inequality. Those who were well off before the disaster are even better off afterwards. And those who were less well off before the disaster are worse off afterwards. We can understand the latter—a disaster knocks us on our heels and requires resources to recover from. Jobs might be lost. Health problems and medical bills multiply. Evictions may occur. Higher-income people are more protected from these disaster insults. But why would more affluent communities be better off after a disaster? Unless we study affluent communities’ responses to disaster, we cannot fully understand how a disaster serves to concentrate and amplify financial and social resources, leaving affluent communities better off.

As the book explains, the Bayou Oaks families received an outpouring of support, adding to their already substantial financial and social assets. This was on top of their substantial flood insurance payouts. Losing a home and most of one’s possessions is devastating for any family. But the depth of resources affluent families have access to is understudied and often hidden from public view. Understanding these recovery dynamics may help better target resources after future disasters.

Further, although family and non-family households alike are impacted by disaster, studying households with children helps to illuminate inequity in disaster recovery. This is because income inequality in the United States is at its worst among families with children. That is, income divides are greatest among American households when they include children. How families with children fare after disaster, particularly how the disaster itself and its recovery impact parenting and family life, was a neglected area of research for decades. Although we are beginning to understand how disasters impact children, and how disasters are experienced differently by families with children, there is still much to learn. For the Bayou Oaks mothers, their high parenting standards were threatened by the flood and its aftermath, and their dedication to upholding those ideals caused considerable stress and anxiety across the recovery year.

The book argues that the mothers’ neighborhood attachment is so powerful because Bayou Oaks fit a series of precise criteria the mothers held for where to raise their families in this enormous, turbulent city, with the right kind of neighbors and school being primary. The mothers’ choice of Bayou Oaks initially was a way to gain security for their family life in insecure times, specifically for their children. These mothers believed there was only one neighborhood in Houston’s metro area of 6 million people that fit the bill: Bayou Oaks. And even after that security was repeatedly rocked by catastrophic flooding, almost all of the mothers still believed this to be the case. There was only one neighborhood for them, and they were committed.

As logistical heads of household, and subscribers to the ethos of intensive mothering, they placed paramount importance on choosing the optimal setting in which to raise their children. By selecting Bayou Oaks, and its elementary school, intentionally, and by continuing to pour themselves into labor cultivating the community, the mothers actively curate the context in which their children will grow up. By selecting Bayou Oaks, the mothers are mitigating a variety of risks for their children. They can rest easy knowing that their children are getting some of the best the city has to offer.

The Bayou Oaks mothers poured themselves into disaster preparation and recovery just as intensively as they parented their children. They were eager to re-stabilize the neighborhood and their own family lives. Accustomed to managing work and a busy family life, the women dedicated themselves to getting their families back into their homes as quickly as possible. Many saw this as a natural extension of their existing role: they were the family “logistics person” normally, so of course they would be during disaster recovery too. But for most of the mothers, this overwhelmingly gendered recovery labor, on top of their regular work/family responsibilities, felt like “a second full-time job.” As the mothers’ mental load became unbearable, stress, health problems, and spousal conflict increased significantly. Several of the women contemplated divorce—sometimes because of financial stress, but more often because of their husbands’ assumption that their wives would manage the recovery process just as they managed day-to-day family life. In other words, the couples had implicit agreements that the home was the wife’s domain to maintain and sustain, even after a catastrophic event.

When their curated community is repeatedly threatened by catastrophic flooding, the mothers are not easily convinced to let it go. After all, the aspects of the neighborhood that drew them in the first place are still there. Again and again, the mothers told me that there were some practical reasons to stay, like finances, but that they still believed Bayou Oaks was the best place to raise their children. As the guardians of stability for their families, the mothers ultimately argue that they are staying in the neighborhood because on balance it is the best environment for their children. In a chaotic, enormous city, they’d found their ideal place to be—the place, they judged, that would give their children the best chance of future success—and it would take more than 50 inches of rain to change their minds.

Rachel T. Kimbro is the dean of the School of Social Sciences and a professor of sociology at Rice University. 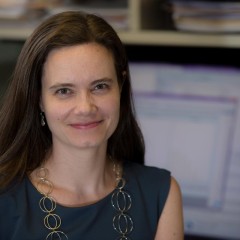 Sociologist Rachel T. Kimbro discusses her new book, “In Too Deep: Class and Mothering in a Flooded Community.”