The Most Interesting Affordable Housing in Houston 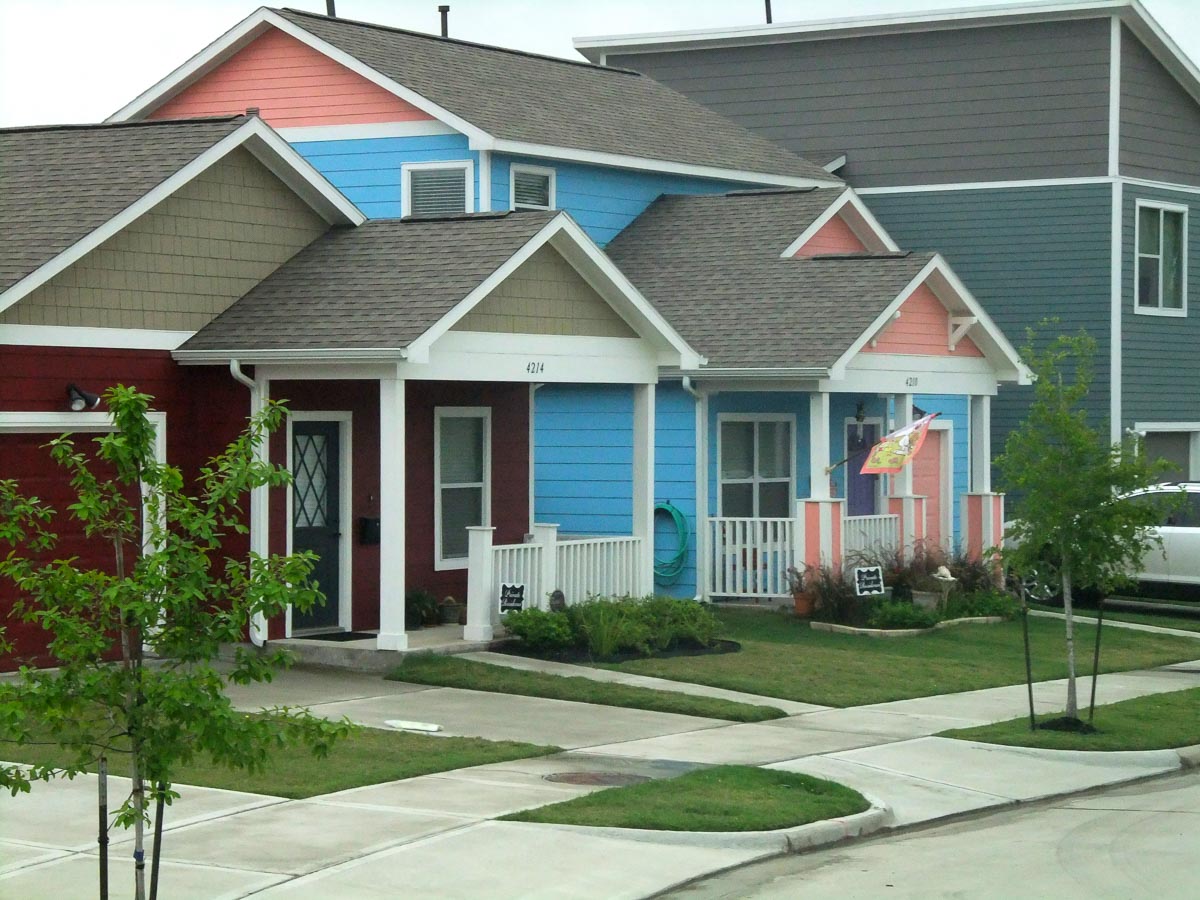 I first learned about the Avenue Place affordable housing development because I tried to move there.

I came across the houses while searching online for a new home in Houston earlier this year. What immediately struck me was their price. The houses I saw online, less than 3 miles from downtown, were priced around $200,000 to $220,000.

To me, it seemed too good to be true. Though the houses are not located in a “trendy” neighborhood, and they aren’t huge, they’re still a bargain. After all, it’s often a struggle to find high-quality housing anywhere within the city center – “inside the Loop,” as it’s known in Houston – for less than $400,000.

While the price is what first caught my eye, it was the style of the homes that made me linger. The architecture is decidedly modern – a departure from the 1960s-style ranchers that dot much of the city’s core – yet felt homey, unlike many of the sleek new townhomes in places like the East End and Montrose.

They really didn’t look like anything I had seen in Houston before. Many of the houses were painted in bright, fun shades of blue, green and pink that conjured up images of the beach. Those features, along with a small playground and a walking trail through the neighborhood, make Avenue Place feel like a welcoming community.

Then my realtor told me two things I couldn’t believe. First, the funky new neighborhood was actually affordable housing. And second, although I was eligible for a part of the neighborhood that wasn’t income-restricted, those homes were selling out faster than builders could erect them. Simply put: I wasn’t going to get a house there. My bubble was quickly burst.

Interestingly, while I didn’t get the house, I saw it again just a few weeks later when the Urban Land Institute showed off Avenue Place as part of a tour during its national conference here in Houston. Officials touted it as an awarding-winning housing development that represented a new type of project, absent of the typical stereotypes of what, exactly, affordable housing should look and feel like.

The development is located within Houston’s Near Northside, a historically Hispanic, working-class neighborhood, where incomes are about 60 percent of the city’s average and much of the housing stock is not well-maintained. It sits atop a 20-acre site that originally served as a FedEx truck depot surrounded by residential communities, a symptom of Houston’s lack of zoning.

After much back-and-forth, the non-profit Avenue Community Development Corp. was able to buy the land from FedEx before it hit the open market.

First, Avenue CDC built 144 apartments that opened in 2011. “They rented out virtually overnight,” said Mary Lawler, executive director of Avenue CDC. Many of the apartment residents are first-time renters who previously lived with family members in the adjacent communities. Another 48 units are forthcoming.

Avenue CDC has deliberately tried to create a neighborhood with a mix of incomes.

The goal is to keep at least half of the homes affordable for low- and moderate-income families.

The plan will ensure homes in the Near Northside development remain within reach for many, even as the rest of the community braces for gentrification. With its proximity to downtown and location near a new light rail extension, many believe the Near Northside is poised for a boom that could revitalize the area but also price some longtime residents out of it.

“We’re doing whatever we can to maintain affordability here,” Lawler said.

When the project began, it won plaudits from the Houston Chronicle, which wrote:

Urban density can be a good thing in and of itself. But this new-found Houston urbanism shouldn't mean displacing the people already living in the neighborhoods. The process of keeping these areas affordable, as Avenue CDC is doing with Avenue Place, is a complex matter, and we applaud the organization's accomplishment.

The project cost $44.9 million to develop, much of which included infrastructure work like street paving and the installation of water and sewer systems. Funding came from the Houston Endowment as well as low income housing tax credits and the city’s TIRZ zones.

The project is a testament to the fact that Houston’s famous lack of zoning can actually be an asset for affordable housing developments. “With no zoning, you can move faster, and in many cases, you can do what you want,” said Amanda Timm of Houston Local Initiatives Support Corporation.