The Law Harrington center is a small solution to a big problem. We’re going to need a lot more like it.

Sometimes good things are worth the wait. Sometimes big dreams can be shared. Sometimes reality is better than what you imagined. The new Law Harrington Senior Living Center, which marks its grand opening today, is a small solution to a big problem. 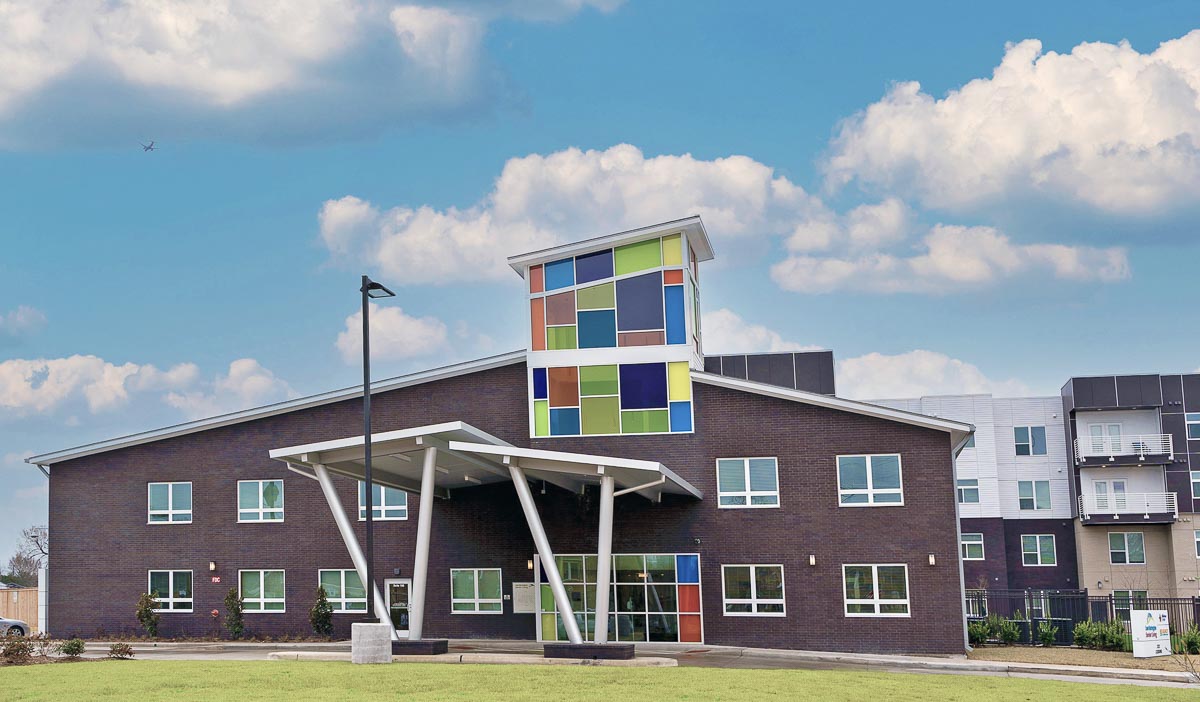 Sometimes good things are worth the wait. Sometimes big dreams can be shared. Sometimes reality is better than what you imagined. The new Law Harrington Senior Living Center, which marks its grand opening today, is a small solution to a big problem, but a big idea beautifully executed.

In January of 2012, my second inauguration as Mayor of Houston, I pledged to reduce homelessness in Houston—focusing on veterans and the chronically homeless. As part of that effort, I studied housing insecure populations and personally visited different types of housing facilities—transitional, single-room occupancy and apartment-style. A year later, I took a trip to Los Angeles to visit the US Vets complex there and also arranged a tour of the Triangle Square complex—the first LGBTQ-affirming affordable senior housing center in the U.S.—at the suggestion of HUD Assistant Secretary Mercedes Marquez.

I was impressed by the facility and touched by the conversations I had with the residents. But I was also shocked by how many had been thrown into poverty when they lost a life partner, and I was outraged that some struggled to find a welcoming place to live without returning to the closet.

Like a lot of good ideas, this one stayed in the back of my mind. But I couldn’t figure out how to bring to Houston what I’d learned—there had to be a local non-profit partner.

Later that year, I had a chance conversation with Ann Robison of the Montrose Center where she mentioned a desire to build senior housing in Houston—and I felt the stars align. I pledged I would do everything I could with the city to make it happen. Of course, there was no money identified, no land secured, and the Montrose Center had never done a housing project or raised that large a sum of money. Still, I never expected it to take seven years to complete.

The initial thought was to build in Montrose, but that became the next hurdle—land costs were too high to make the numbers work. Finally, they found the current site at 2222 Cleburne St., in Third Ward. Cleburne was a good location, connected to transit and easily accessible. Even better, it was owned by the Midtown Redevelopment Authority, a governmental entity aligned with the city, and in the Legislative district of Rep. Garnet Coleman, an ally and friend. Garnet came all-in on the project, and the Management District, helmed by Barron Wallace, committed to donating the land.

But it was now 2015, and I would leave office at the end of the year. I wanted to create enough momentum that the project stayed on track, even as Montrose Center needed more time to fundraise. We had a strict timeframe of neighborhood meetings, public hearings and paperwork deadlines to meet.

But the surrounding community was leery, worried that we were building a homeless shelter and something that would detract from the neat, single-family homes surrounding the site. We shared plans and held innumerable briefings. We made it clear that, while a welcoming place for anyone LGBTQ, the apartments were available for rent to anyone who qualified—including those in the rapidly gentrifying community. We pledged engagement with neighbors and added a Legacy Community Health clinic and pharmacy to the plans to address a neighborhood need. Thankfully, we were able to secure the land, identify city housing dollars and seek out low-income housing tax credits before I had to step aside.

But Montrose Center still had millions of dollars to raise if the project was to happen. They passed the hat and held drag shows. Board members, foundations and community members stepped up, with amounts big and small.

We finally broke ground in August of 2019, starting an almost 2-year construction process. Ultimately, this project required dedicated commitment over years of work. It is a public/private partnership that used every tool in the toolkit to complete the financing stack, including private fundraising, commercial financing—and even a sympathetic builder.

Law Harrington—named after two Houston LGBTQ advocates Charles Law and Gene Harrington—is a beautiful community building, with good design and finishes. Affordable housing does not have to mean ugly or utilitarian construction. And our ultra-low income tenants will make fine neighbors.

Tenants have been settling in since this March. The LGBTQ-affirming senior living center features 112 one- and two-bedroom apartments with full kitchens and washers and dryers. It features a sliding scale rent for low-income individuals and couples who are 62 years and older. It is for independent living only, leaving still a great need for assisted-living units. Montrose Center contracts with a management company to screen and qualify prospective tenants and offers a range of services to those tenants who are LGBTQ.

Houston joins other cities creating spaces for LGBTQ seniors, including of course Los Angeles—which since my visit has added a new intergenerational campus for youth and seniors—as well as New York, Chicago and Philadelphia, which have all built similar projects in recent years.

These efforts recognize that this population is especially prone to vulnerabilities in old age, such as being twice as likely to live alone and more likely to confront poverty, homelessness and health challenges, according to research compiled by the National Resource Center on LGBT Aging. A 2014 study by the Equal Rights Center found 48% of LGBTQ seniors faced discrimination over housing, and a third of LGBTQ elders told the AARP in 2018 they fear they have to hide their identity in order to secure a suitable place to live.

Of course, housing is a growing crisis in many places in America, especially fast-growing urban metropolises like Houston. There is not enough of it, and what we do have is getting too expensive, or it is barely habitable, is not connected to transit and is too far from essential services. And for seniors on a fixed income, this is a compounded problem, and demographic trends portend it will only become more widespread. Harris County’s 65 and older population grew 45% from 2010 to 2018, largely outside the urban core.

If we could clone Law Harrington, we could fill it many times over.

Annise Parker served as mayor of Houston from 2010 to 2016—the first openly LGBTQ mayor of a major American city and the only person in Houston history to have served as a council member, controller and mayor. She is the president and CEO of the Victory Institute.

The views, information or opinions expressed in this post are those of the author and do not necessarily represent those of the Kinder Institute for Urban Research.