More Houston homeowners are embracing solar, but the city is only scratching the surface of its potential. 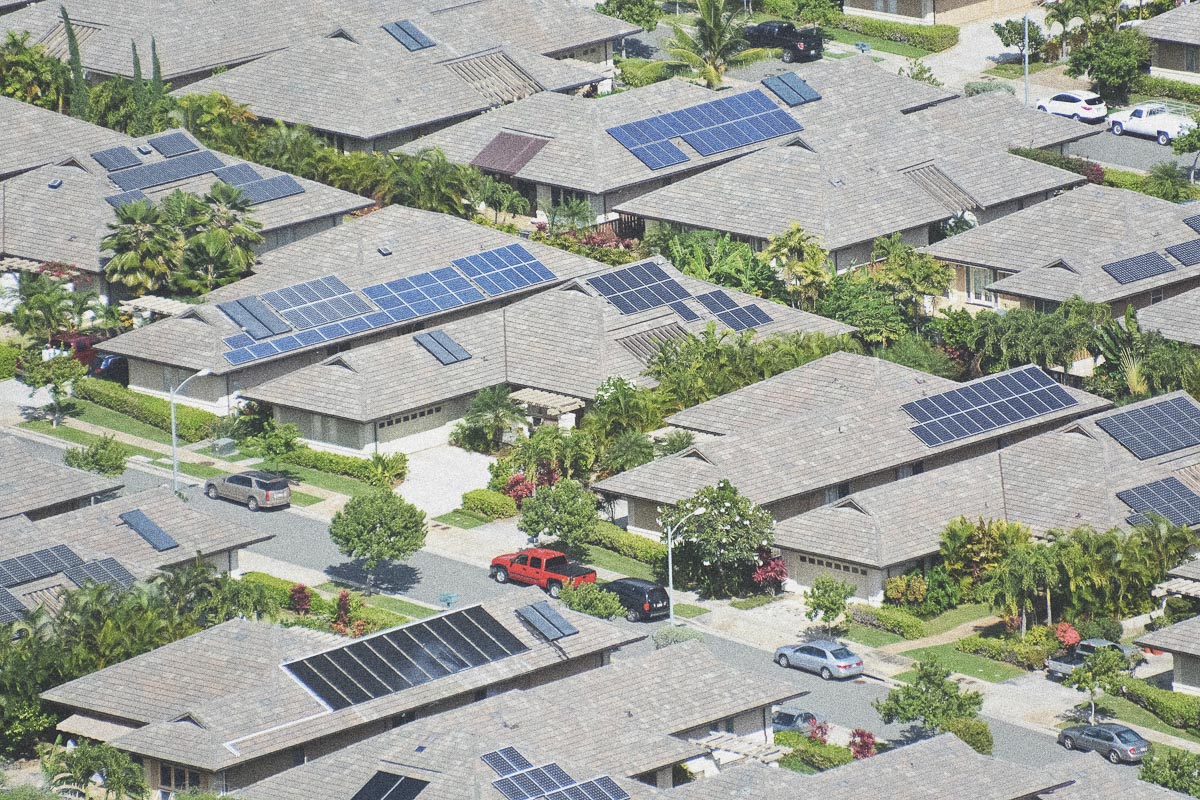 More Houston homeowners are embracing solar, but the city is only scratching the surface of its potential.

This is part of a series of posts exploring the city of Houston's climate and resilience progress. Read more here.

Perhaps nothing made a better case for residential solar and other alternatives in Texas than 2021’s freeze, which knocked out power for as many as 70% of Texans at one point. In fact, a new report this month from the Environment America Center suggests that if Texas had solar on all of its available rooftops, these systems could have replaced as much as 60% of the lost power generation during the weekslong outage—even with reduced efficiency in the cold, cloudy weather—reducing the strain on the grid across the entire state. Meanwhile, Rice University researchers recently found that wind and solar combined could replace coal statewide.

Obviously, putting solar on every rooftop may not be feasible—but every home and business that does add solar (ideally, coupled with battery storage) would be a win for resiliency at both the individual and community level—without the safety hazards of gas-powered generators.

Single-family residential solar permitting in Houston has grown exponentially, with the annual number increasing eightfold from 2017 to 2021, according to data provided by Houston Public Works. Since 2017, more than 4,000 unique addresses have received a permit to install photovoltaic (PV) panels or add capacity to an existing location. Permit volume doubled from 2019 to 2020, then increased by another third in 2021 on the heels of the winter storm.

To identify single-family solar, data on all solar-related permits provided by the city was filtered to remove businesses, hotels, apartments, parking garages and utility-scale solar installations. The resulting list was then refined by unique addresses, to account for multiple permits that might be associated with one project site.

Nearly every ZIP code in the city has at least some residential solar, with especially high numbers in the Alief area (77072 and 77099), Southwest Houston (77045 and 77085), South Acres (77078) and Acres Homes (77088). Notably, while solar installations have typically been seen as something sought out by wealthier homeowners, these ZIP codes have median household incomes significantly below the metro area.

Pockets of high neighborhood concentrations can be found throughout the city, such as Southridge, a newer neighborhood along Beltway 8’s southern edge in ZIP code 77078, where over 30 homes have received solar permits, equivalent to more than 5% of the entire neighborhood and accounting for a third of all permits in that ZIP code.

Houston was in the top 20 cities for total installed PV capacity in 2019, according to the Shining Cities report, which tracks solar production in US metros on both residential and commercial rooftops. The report also suggests Houston has the second-biggest urban solar rooftop capacity in the United States with an estimated 4,600 potential megawatts up for grabs. But on a per-capita basis, Houston is way behind on tapping into this renewable energy source. It produced 18 watts of solar per person in 2019, compared to 166 in San Antonio, 125 in New Orleans and 64 in Austin. (With the growth in permitting, Houston should show higher solar output in 2020, which might show up in the next Shining Cities report in April.)

The city has ambitious goals for solar adoption. Its Climate Action Plan, adopted in 2020, set a target to produce 5 million megawatt-hours of local solar per year by 2050—a goal that includes small-scale residential rooftop installations as well as utility-scale solar, such as the Sunnyside landfill project. Solar installations on commercial and public buildings in the city, such as warehouses, office buildings, apartments, retail centers, and parking lots, would also contribute.

To put 5 million MWh in perspective, the entire state of Texas had 1,093 MW of solar capacity in 2020, which generated a net of 1,614,000 MWh, according to estimates provided by Environment Texas. Taking that 17% capacity factor (what is actually produced vs. the peak installed capacity), Environment Texas estimates Houston would need about 3,358 MW of solar capacity to produce 5,000,000 MWh. In 2021, the City of Houston’s Office of Resilience and Sustainability estimated that 32,080 MWh of solar was produced—about six-tenths of one percent of the goal.

So is the city’s goal too big, too hairy, and too audacious? It might be, but the potential is there and momentum is on solar’s side. Across the state of Texas, over 400 MW in small-scale solar was added between 2019 and 2020, according to the Energy Information Administration, and nationwide, the agency is projecting that solar power will account for 20% of all electricity generation by 2050, up from the current 3%.

One utility-scale solar array like the Sunnyside project can offer around 50-70 MW of capacity, but it would take several of those to put a dent in the city’s goal. Barring that, Houston would have to get solar on around 70% of all available rooftops—homes, businesses and other structures.

As of this year, homeowners can get a 26% income tax credit for installing solar, but this credit drops to 22% in 2023, after which the credit is slated to expire. (Similar credits are offered on corporate income taxes for projects by businesses.) The Build Back Better legislation proposed extending the credit for several more years and increasing it back to the original 30% level, but that provision will likely have to come back in a separate piece of legislation at this point.

Aside from tax credits, solar installations are expected to get cheaper as technology and supply chains improve. The average cost of solar installation worldwide in 2018 was $1,210 per kilowatt of capacity; it’s expected to drop to $340-$834 by 2030 and $165-$481 by 2050, according to the International Renewable Energy Agency. (Prices tend to be on the lower end for utility-scale projects and higher for small-scale rooftop projects.)

Because of this downward price trend, many property owners might wait another decade or so in hopes of getting more favorable pricing, particularly as Texas customers already has electricity prices 20% below the national average. For some energy-efficient homes, switching to solar might mean smaller savings as well. There are also considerations about storm damage and roof maintenance and replacement, all of which make the individual homeowner's decision to install solar subject to a number of complications.

In terms of incentives, net metering could encourage more adoption by compensating solar rooftop owners for excess electricity that is distributed back through the grid. It could also encourage homes and businesses to install larger arrays than their own property needs. While Texas is not one of the 38 states that require net metering, many retail electricity providers do offer it.

Barring a change in prices, local incentives and regulations will likely be needed if the city is serious about reaching its goal. Houston City Council recently adopted new building codes that will require new homes to be “solar ready,” which is a small but important step to reducing barriers to future solar adoption. The city has encouraged the formation of multiple solar co-ops (there are now several representing different areas of the city), allowing hundreds of residents to leverage advantageous group buying power and access other resources. Perhaps the city could also consider its own property tax incentives, waive permit fees, and create friendly competitions among neighborhoods or council districts to encourage solar adoption. It should also consider ways to work with business and property owners to add solar to large footprint buildings such as warehouses, parking lots and large retail centers, where the scale of the installation would make it much more cost efficient.

Local officials should also make sure equity is not left in the shade. The early expansion of solar tended to favor wealthier households in California, but the broad distribution of permits in Houston might suggest a more equitable pattern of adoption, though a deeper analysis of individual properties would have to be done to know for sure. Local officials should be aware that wider adoption of solar could shift electric grid infrastructure costs to households without solar.

The Houston area’s Resilience and Recovery Tracker was developed by Rice University’s Kinder Institute for Urban Research with support from Chevron. It provides information on disaster recovery efforts from natural and man-made hazards, such as floods, climate disasters, public health crises, and chemical spills.